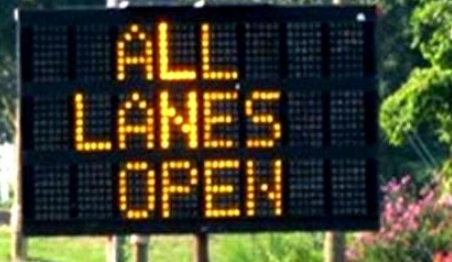 Highway 17 has reopened in both directions between Highway 552 at Goulais Bay and Highway 101 near Wawa after being closed for several hours due to a collision. (File Photo)

Highway 17 has reopened in both directions between Highway 552 at Goulais Bay and Highway 101 near Wawa after being closed for several hours due to a collision.

In a tweet, Ontario 511 advised the road had reopened shortly after 11 p.m.

Ontario Provincal Police also confirmed the highway reopened in a tweet just before midnight on Saturday.

Still no word on injuries or the cause of the crash at this time.

The Ontario Provincial Police confirmed part of Highway 17 is closed late this afternoon in a tweet.

Highway 17 is closed in both directions between Highway 552 at Goulais Bay and Highway 101 near Wawa due to a collision.

Few details are available at this time.

According to Ontario 511, the crash happened just after 4 p.m. Saturday afternoon.

Canada features in list of 23 best places to go in 2023, according to Conde Nast Traveller

Canada's British Columbia features in a list of the 23 best places to travel in the world in 2023. The list was created by travel magazine Condé Nast Traveller.

Three Liberal ministers have declined invitations to testify at the Senate as the upper chamber probes why Canada still won't allow humanitarian workers to help in Afghanistan.

Welcome to the knockout rounds of the World Cup as the final 16 teams vie for soccer’s most coveted trophy. Netherlands, USA, Argentina and Australia all face elimination if they don’t win. CTVNews.ca takes a look at everything you need to know on Day 14 of the tournament.

Can Ukraine pay for war without wrecking its economy?

Even as Ukraine celebrates recent battlefield victories, its government faces a looming challenge on the financial front: how to pay the enormous cost of the war effort without triggering out-of-control price spikes for ordinary people or piling up debt that could hamper postwar reconstruction.

The body of a man has been recovered following an industrial accident in Mississauga on Friday, Peel Regional Police say.