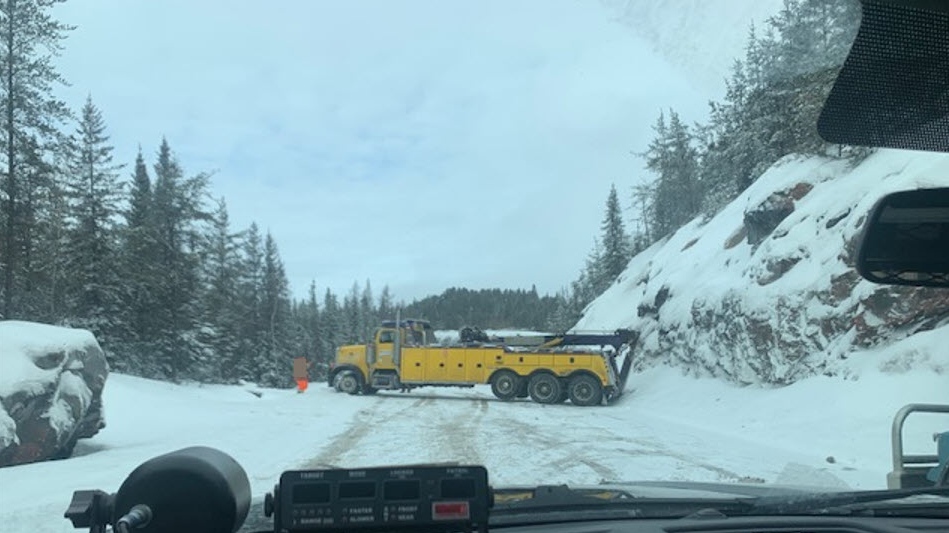 Officers from the Nipissing West detachment were called to the single-vehicle crash at 10:31 a.m. Wednesday south of Halfway Lake Provincial Park in Ulster Township, police said in a news release.

"A commercial motor vehicle (CMV) had jackknife on the highway and collided into a rock-cut, blocking traffic in both directions," police said.

"No person was injured in the collision."

No charges were laid against the driver as a result of the incident.

The highway was closed for about six hours and two heavy tow trucks were required to remove the CMV from the road.