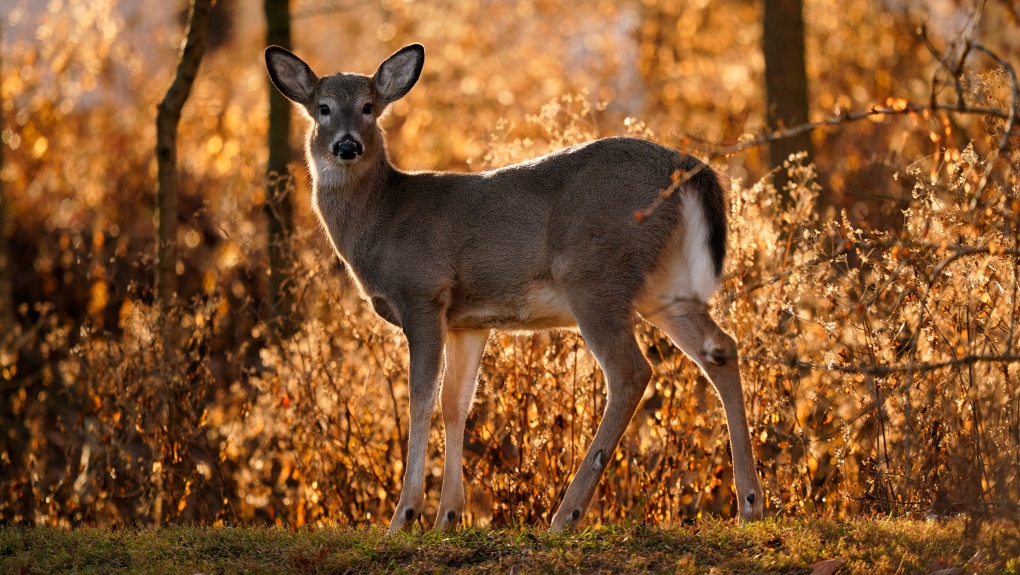 The Government of Ontario is asking hunters to submit deer samples as part of its chronic wasting disease surveillance program to allow for early detection of the disease. (File)

The Government of Ontario is asking hunters to submit deer samples as part of its chronic wasting disease (CWD) surveillance program to allow for early detection of the disease.

"Hunter samples from harvested deer are critical in Ontario's efforts to detect CWD, a fatal, untreatable brain disease that affects members of the deer family, including white-tailed deer, elk, moose and caribou," the province said in a news release.

"It has not been found in Ontario but has been detected in all five U.S. states bordering Ontario, as well as Alberta, Saskatchewan, Manitoba, and Québec, so it’s important we remain vigilant and take action to monitor for CWD."

The surveillance is targeted to three regions of the province, mainly in the southern and eastern areas, between October and December.

"During the fall hunt, wildlife research technicians will be canvassing the surveillance areas and asking hunters’ permission to remove a small amount of tissue from the deer head for analysis," the province said.

"Sampling will not prevent hunters from consuming the meat or having the head mounted."

In addition, hunters can take the heads of harvested deer to special freezer depots. There is one in northern Ontario -- Brushey’s in Powassan. The other sites are listed here.

"Hunters submitting a deer head are asked to provide their contact information, the date and general location of harvest," the release said.

"Fawns under one year of age will not be tested as this disease is unlikely to be detected in young animals."

Hunters that see a deer, elk or moose showing signs of CWD, such as severe loss of body weight, tremors, stumbling, or lack of coordination, are asked to report it to the Canadian Wildlife Health Cooperative at 1-866-673-4781 or Ministry of Natural Resources and Forestry's Natural Resources Information and Support Centre at 1-800-667-1940.

The Winnipeg Police Service believes the remains of two victims of an alleged serial killer are in a landfill north of the city, but say the recovery of their bodies is likely impossible.

Democratic Sen. Raphael Warnock defeated Republican challenger Herschel Walker in a Georgia runoff election Tuesday, ensuring Democrats an outright majority in the Senate for the rest of President Joe Biden’s term and helping cap an underwhelming midterm cycle for the GOP in the last major vote of the year.