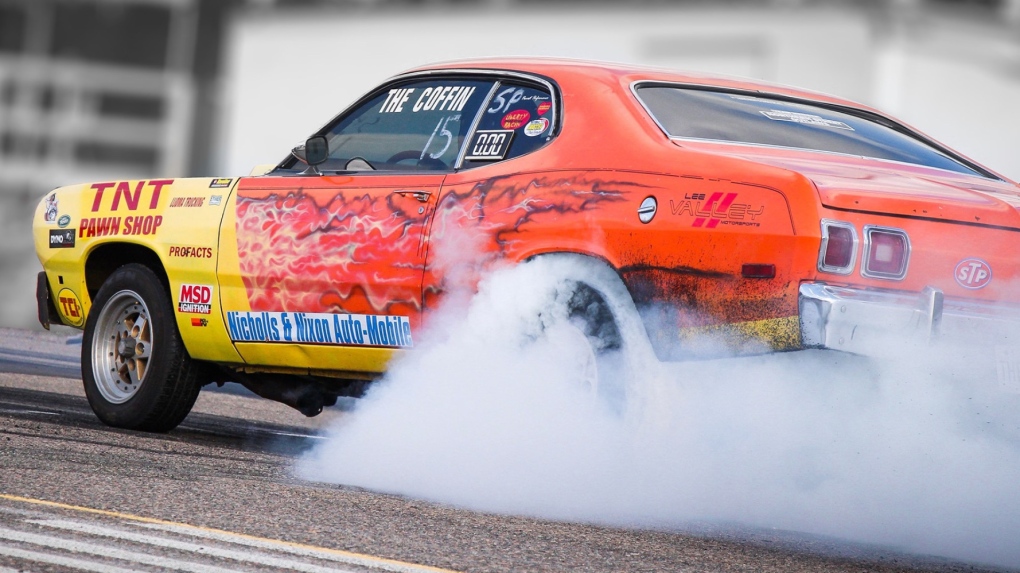 He says his love for getting behind the wheel of a race car started when his dad told him about the time his mother asked him to stop hitting the track.

“Mom said, I want you to stop racing because that car’s going to be your coffin,” Laliberte recalls his father telling him. “So then he rebuilt the car, he bought another car actually, and the next weekend he came out and the car had the name ‘The Coffin’ on the roof.”

After winning one more series, Laliberte says his father parked ‘The Coffin’ for good.

“I always wanted to be like him,” says Laliberte.  “He trucked during the day and then was able to race on the weekends. That was his relax time.”

But Laliberte and his father weren’t the only ones in the family that caught the racing bug.

“It was not only my dad drag racing and stock car racing, it was my brother-in-law Eric who was the fastest street racer in Sudbury, he lived in Long Lake. There was my brother Mike with his Dodge, he was fast, and my brother Danny, we’ve always been into cars and into Dodge’s forever so it’s like, it’s always been in us. Trucking and racing.”

“I always said if I was going to get a race car I’d name it ‘The Coffin’ in memory of dad,” says Laliberte.

“I’m there when he’s building it, I’ve seen all his struggles when he’s trying to get all of these races going so, to see him race is rewarding for me, says Laliberte’s partner, Diana Rawlick. “I love seeing him happy.”

Laliberte has even coaxed his brother, Dan Laliberte, out of retirement this year.

“I’m sure he’s watching Danny and I with our racing and being happy,” says Laliberte.

Eagerly awaiting the spring and summer months, the brothers will be revving their engines at the Bonfield races.

“One race in Bonfield, we’re dedicating that to the veterans.  Some of the tech money from when the guys get their cars inspected before the race, half of that money will be going towards the veterans,” says Laliberte.

Laliberte says the racing community does a lot in the North and hopes the sport continues to grow.

“Those are the ones you want to be supporting. The young ones coming up, so they know, if you want to do the power, do it on the track don’t do it on the road as long as nobody pushes them away.”

For more information, check out the Liberty Brothers Racing Facebook page or the Northern Drag Racing Outlaws Facebook page. Races kick off May 22 at the Bonfield Event Park.