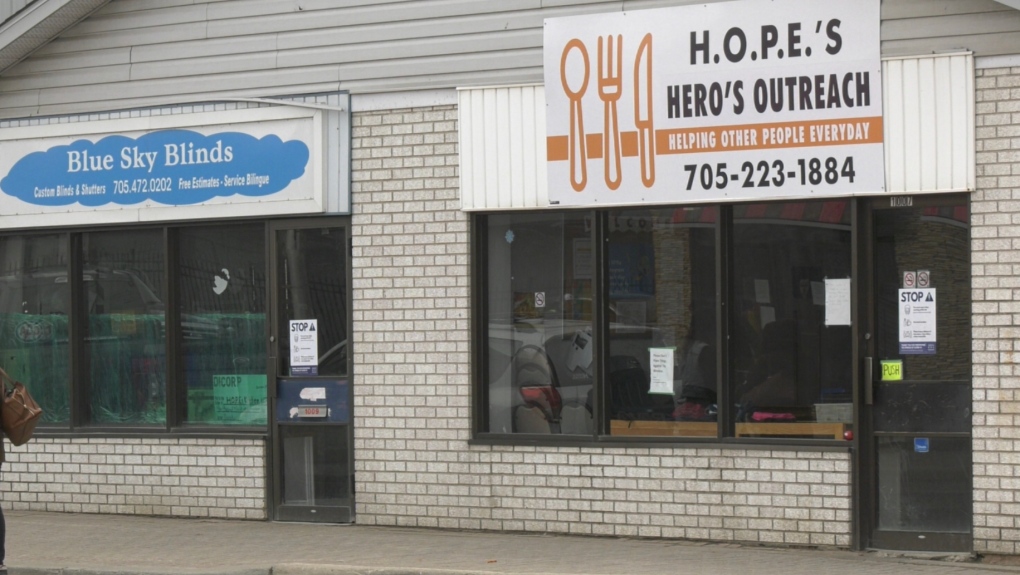 Acting as a lounge, HOPE's Kitchen would allow homeless people to come inside off the streets and get meals but owners have decided to close the doors. Apri 18/21 (Eric Taschner/CTV News Northern Ontario)

The owners of HOPE's Kitchen made the tough choice due to what they refer to as hate emails, calls, and social media comments about “harbouring” drug users.

"We weren't trying to upset anybody," said co-owner Chris Brown.

"There was need for people for somewhere warm to go to in the winter.”

Acting as a lounge, HOPE's Kitchen would allow homeless people to come inside off the streets and get meals.

"It was heartbreaking to make the decision," said Brown.

"It wasn’t the decision we wanted to make. All the hate emails, people calling us, and calling us names.”

He says he had enough after receiving a call from the Ministry of Labour asking whether co-op students were volunteering there. He refutes those claims.

Brown adds that he is seeing tent cities pop up again around the city. For those like Dan McDermott who is currently experiencing homelessness, the news stings.

"It was a blessing to have while they were here," he said .

"I guess like anything, things come and they go.”

The kitchen will now only serve small meals and coffee to go. Staff will also provide outreach services Wednesday and Thursday night.

"We're going to go out there and try our best to make sure they’re still eating and they have toiletries and hand out blankets and tents," Brown concluded.

McDermott says without HOPE's Kitchen's lounge, it leaves a void for the city's most vulnerable.

"There's not enough beds for everybody and it seems like there’s not enough housing,” he said.

The kitchen was at capacity every day as well as on weekends.