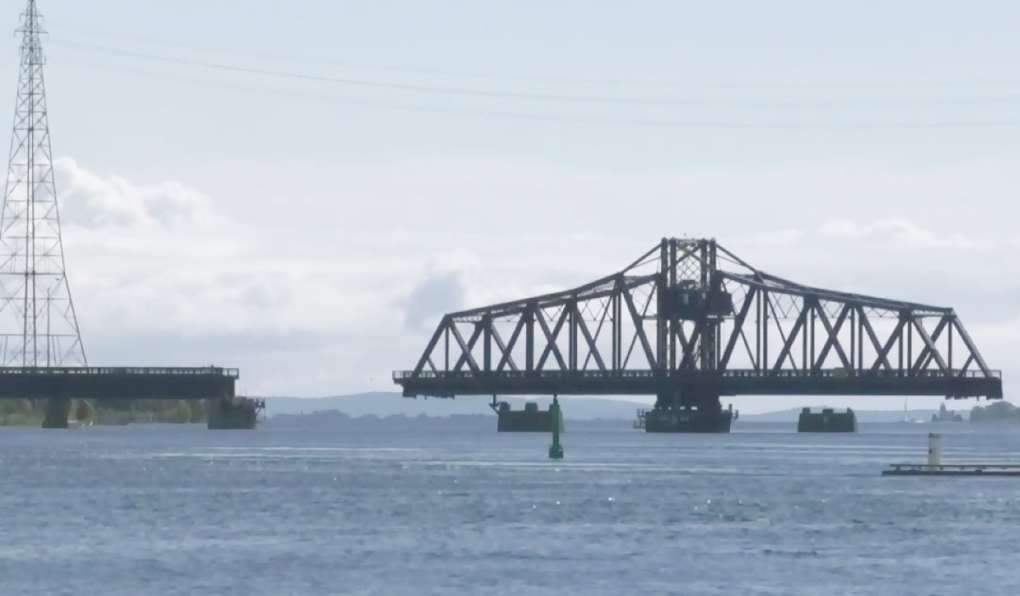 An impaired driver tried to cross the swing bridge in Little Current this week while it was closed for repairs, injuring one person who was working on the bridge. (File)

An impaired driver tried to cross the swing bridge in Little Current this week while it was closed for repairs, injuring one person who was working on the bridge.

Ontario Provincial Police were called at 10:21 p.m. on May 25, along with United Chiefs and Councils of Manitoulin Police Service and Manitoulin-Sudbury Paramedic Services.

"Investigation revealed that the swing bridge had been closed to continue repair work. A vehicle proceeded through the lights and hit a worker's vehicle, which resulted in the worker being struck and injured," police said in a news release Thursday.

"They were transported to hospital with minor injuries. Officers were able to locate the vehicle, initiated a traffic stop on Highway 6 and the driver was subsequently arrested."

A 35-year-old from Wikwemikong is now charged with impaired driving, dangerous driving, failing to remain at the scene of an accident and having open liquor in a vehicle.

The accused is scheduled to appear before the Ontario Court of Justice in Gore Bay on June 22.

Several people have been shot, two suspects have been arrested and police are searching for a possible third suspect after an attempted bank robbery in Saanich, B.C.

Trump told officials to 'let my people in' and march to Capitol on Jan. 6, former aide testifies

Cassidy Hutchinson, a key aide in Donald Trump's White House, told the House committee investigating the violent Jan. 6, 2021, insurrection on Tuesday that Trump was informed that people rallying on the mall that morning had weapons but he told officials to 'let my people in' and march to the Capitol.

Who is Cassidy Hutchinson, the Meadows aide testifying before U.S. Congress?

The top aide to former White House chief of staff Mark Meadows who is testifying before the House select committee investigating the January 6, 2021, Capitol riot was a young, fast-rising star in the Trump administration.

John Horgan is expected to announce Tuesday afternoon that he will step down as premier of British Columbia, sources tell CTV News.

Ghislaine Maxwell, the jet-setting socialite who once consorted with royals, presidents and billionaires, was sentenced to 20 years in prison Tuesday for helping the wealthy financier Jeffrey Epstein sexually abuse underage girls.

A jury at a coroner's inquest into the deaths of three women murdered by their former partner is recommending that Ontario formally declare intimate partner violence an epidemic and establish an independent commission dedicated to eradicating it.

Adults over 50 who have had COVID-19 are more likely to experience a shingles outbreak, according to a study published in May.

Canada has been without an ambassador to China for 6 months. What's the holdup?

At a time of enhanced global uncertainty and growing Chinese influence, the Canadian government faces mounting pressure to appoint a diplomatic representative in Beijing after the post has sat vacant for six months.