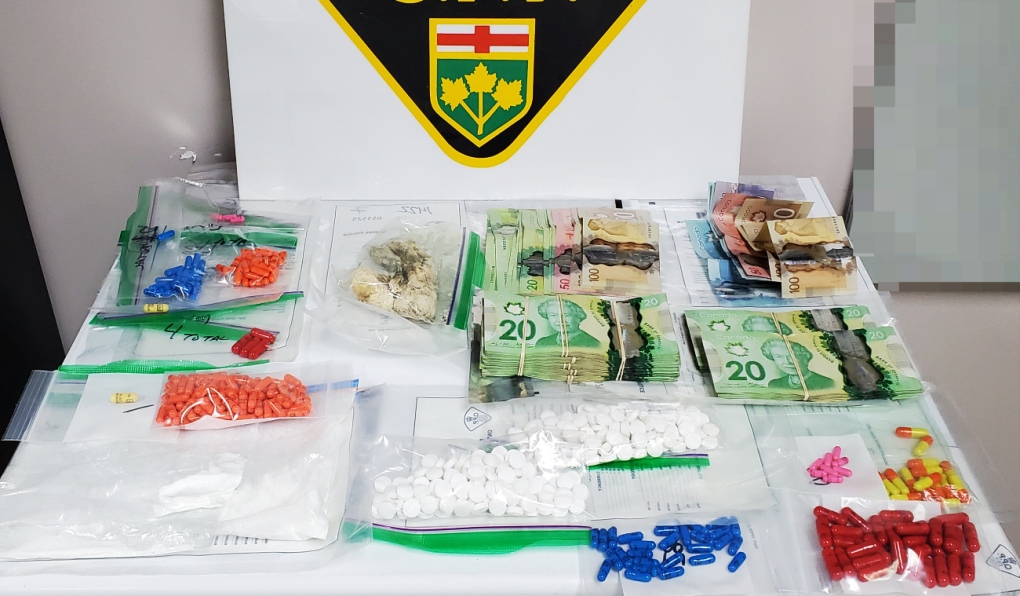 Ontario Provincial Police in Hearst have charged a suspect with drug-related offences following a raid of a residence on Highway 11 on July 5. (Supplied)

Ontario Provincial Police in Hearst have charged a suspect with drug-related offences following a raid of a residence on Highway 11 on July 5.

Police found $8,000 in cash, a firearm, a list of people who owed debts and drugs including magic mushrooms, Percocet and cocaine. The street value of the drugs seized is more than $16,000, the OPP said.

In addition to the OPP, the Nishnawbe Aski Police drug enforcement unit took part in the operation.

A 43-year-old suspect from Hearst has been charged with drug trafficking, drug possession, possession of stolen property and firearms offences.

The accused is scheduled to appear before the Ontario Court of Justice on Aug. 31 in Hearst.

A Saskatoon mother who stands accused of faking her own death, as well as her son's, and illegally entering the U.S. is defending her actions.

A well-known real estate agent and media personality in Brampton, Ont. was viciously attacked in broad daylight in his own driveway by three men, two of whom appeared to be wielding an axe and a machete.

A Canadian Armed Forces veteran has been charged with murder in connection to a mass shooting in Belize that left two people dead and eight others injured.

Doctors are among those calling for tighter regulation of sodium nitrite as a growing number of Canadians are dying after intentionally ingesting unsafe quantities of the common food preservative in its pure form.

Donald Trump 'took the Fifth.' What does it actually mean?

Former U.S. President Donald Trump showed up Wednesday for questioning under oath in New York's civil investigation into his business practices. But he quickly made clear he wouldn't be answering.

A man has pleaded guilty to uttering a threat against Prime Minister Justin Trudeau during a campaign stop in Cambridge last year.

The Meade County Sheriff’s Office in South Dakota said it has arrested the man wanted in connection with an Amber Alert in Saskatchewan.

B.C. actress hit in the chest by bullet in L.A. shooting last month

A B.C. performer is recovering after taking a bullet to the chest in Los Angeles last month.