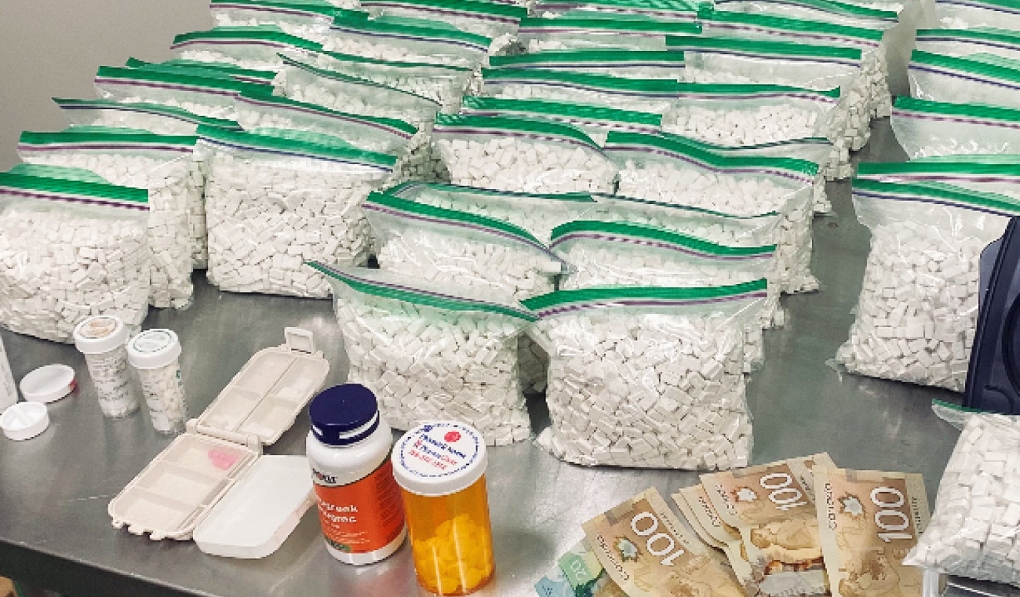 Reports of a speeding driver on Highway 11 over the weekend led police to a large cache -- weighing 47 pounds -- of illegal drugs. (Supplied)

Reports of a speeding driver on Highway 11 over the weekend led police to a large cache of illegal drugs.

"Officers observed a vehicle travelling north at a high rate of speed and subsequently stopped the vehicle," police said in a news release Monday.

"Further investigation revealed that the driver was currently on release conditions that he was breaching. During a search of the vehicle, police located approximately 47 pounds of drugs which included a quantity of hydromorphone, methamphetamine, oxycodone, and approximately $625 in cash."

The 49-year-old from Hearst, Ont., has been charged with trafficking, four counts of drug possession, violating release orders, speeding and driving without a licence.

The accused was scheduled to appear at the Ontario Court of Justice on Monday in Parry Sound.

US knocked out of World Cup, loses to the Netherlands 3-1

Memphis Depay and Daley Blind scored in the first half and Denzel Dumfries added a late goal as the Netherlands eliminated the United States from the World Cup with a 3-1 victory Saturday that advanced the Dutch to the quarterfinals.

Russia rejects $60-a-barrel cap on its oil, warns of cutoffs