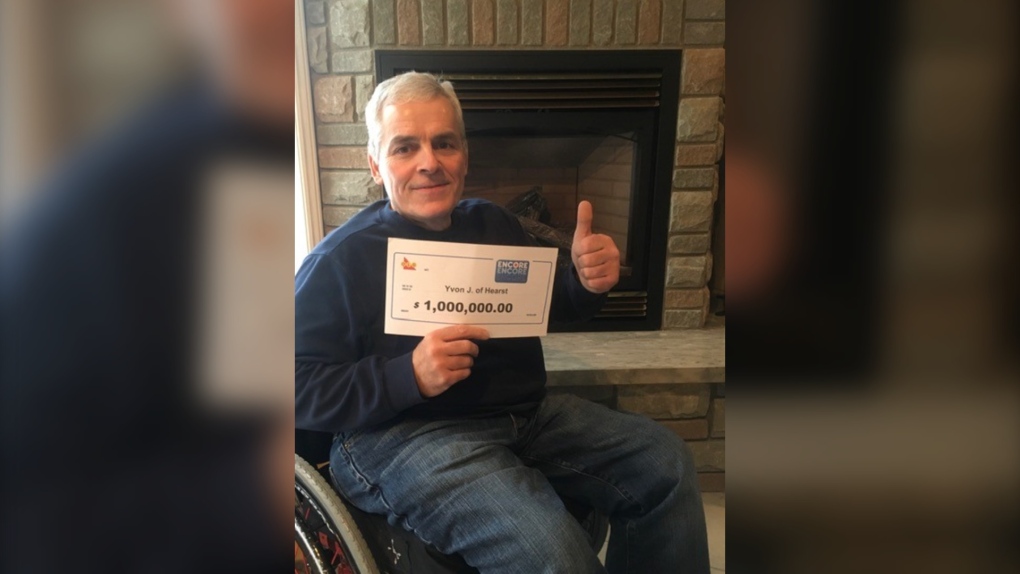 SUDBURY -- A 59-year-old Hearst man has won $1 million playing the lottery after playing for close to 30 years.

"This ticket was actual(ly) given to me as a gift," Jean said when he picked up his cheque at the OLG Prize Centre in Toronto.

He was astonished to learn he had won and said he first thought it was a joke.

Jean is hoping to buy a boat but doesn't have any concrete plans on how to spend the money yet.

The lottery add on can be played along with most games and there is a new draw every day.

OLG said the winning ticket was bought at Hearst Corner Store on George Street in the northern part of the province.

There was no mention on why he waited over a year to claim his winnings.