'He did everything that he should have done and he still got it': Family of North Bay COVID outbreak victim shares their story

SUDBURY -- The family of a 75-year-old North Bay man who died Tuesday as a result of the COVID-19 outbreak at Lancelot Apartments is sharing their story after the tragic loss.

Doug Arthur is remembered as a loving husband, father and grandfather who was a retired Ontario Provincial Police officer who worked at detachments across the north and was an instrumental volunteer with the Heritage Railway and Carousel in North Bay.

"He started volunteering there when it first began. He helped carve some of the horses on the carousel and he would drive the train and run the carousel during the summer for the kids," said his daughter Andrea Maville.

Arthur and his wife of more than 45 years, Jean, have lived at Skyline Living's Lancelot Apartments for the last couple of years. A COVID-19 outbreak was declared at the complex on Feb. 8 and has infected 33 people as of Wednesday. The B.1.351 variant, first discovered in South Africa, was confirmed among the cases connected to the building. The variant of concern has been detected in 20 infections connected to the outbreak, including Arthur. 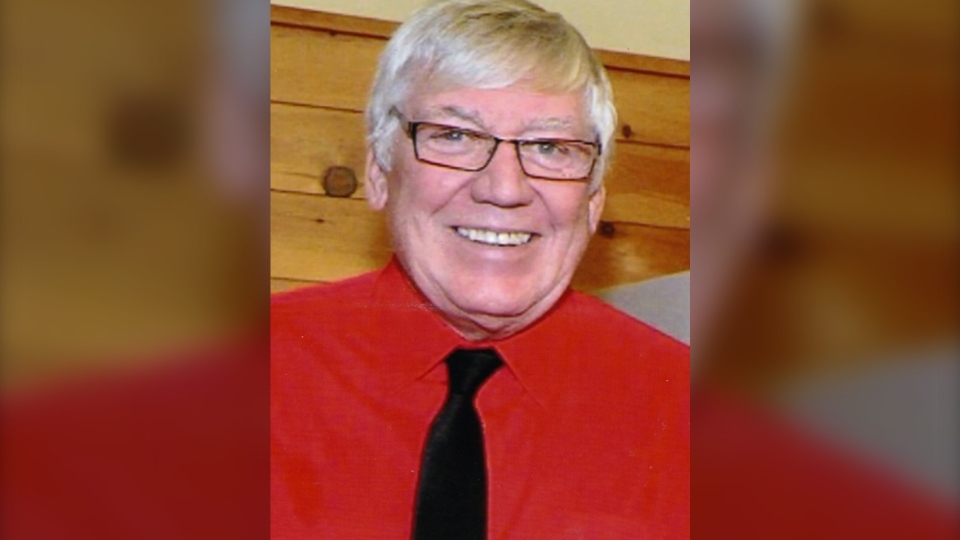 Maville said he started to feel unwell a few days before the outbreak was declared.

"He was feeling tired and weak and so on Sunday the 7th, they got a notice on their door saying there were three cases in their building and everyone had to be tested. So they went into the lobby to get tested," she said.

She said her parents were tested for COVID-19, but her dad's health declined and developed shortness of breath, prompting her mom to call an ambulance. Several hours later they would discover they had both been infected with the disease.

Tragically, Arthur's health continued to decline in hospital with staff informing the family he only had a few days to live. Sadly, his family was not allowed at his bedside, but Maville said the hospital staff took good care of him with kindness and compassion.

"We couldn’t go at all, which was really, really hard," she said.

Because her mom also tested positive and had to isolate, Maville couldn't see her either. Then they got the devastating news that he only had a couple of days to live.

The nurses helped hang up family pictures in Arthur's room that Maville brought to the hospital and provided some comfort to him.

"They would go in the room with him, even though he had COVID, and they would sit with him and hold his hand and they would tell him stories, talk about the pictures. They always told him that his family loved him every time that they went in there to check out his numbers and stuff," she said.

She said she is grateful for the nurses in D3 who took care of her dad for the nine days he was there and made sure he was not alone when he died. She is also thankful that she and her daughters were able to at least say their final goodbyes to him on the phone.

"I called him on Friday night, because we didn’t know if he was even going to make it through the night, and we said our goodbyes. And then, I was able to call him on Saturday and my girls told him that they loved him and he told them that he loved them and then I was able to speak to him one last time on Sunday, and that’s when he was really deteriorating. He could barely speak, he was too tired," said Maville.

Arthur is the first Nipissing District resident to die due to COVID-19 and the second within the North Bay Parry Sound District Health Unit area. The first COVID-related death involved a woman from Parry Sound in May.

Mayville said her mom experienced cold-like symptoms and was tired, but no major symptoms. Now that her mom's quarantine period has finally ended, she was able to see her and help make the funeral arrangements, which she said made the loss of her father really hit home.

"There weren’t that many cases. I didn’t know anyone that had it and then all of a sudden, my parents both have it and my dad is dying," she said.

"He wore a mask all the time. He hand sanitized, he only went out for essential reasons. Like he did everything that he should have done and he still got it," Maville said. "He didn’t deserve this at all and people just need to wake up and realize that this is here. Like, wear a mask, hand sanitize, social distance."

While most of the province has reopened, the North Bay Parry Sound medical officer of health asked the province to keep the area under stay-at-home orders due to the outbreak and the variant of concern. The lockdown is in effect until at least Feb. 22.

As of Wednesday afternoon, the health unit said it has 26 active infections among residents. Since the pandemic began, 238 COVID-19 cases have been confirmed and 212 resolved, including two fatalities. The number of cases has more than doubled since Christmas Eve, accounting for 125 of the total cases.

Maville said she has been touched by the outpouring of condolences.

"He was just a great man who loved his family and his friends, and it shows because I’ve gotten so much support it's unbelievable," she said. "The messages I’m getting from people that I don’t even know, just that my dad knew back in the day, just saying what a great man he is. so I just, we lost a wonderful person.”