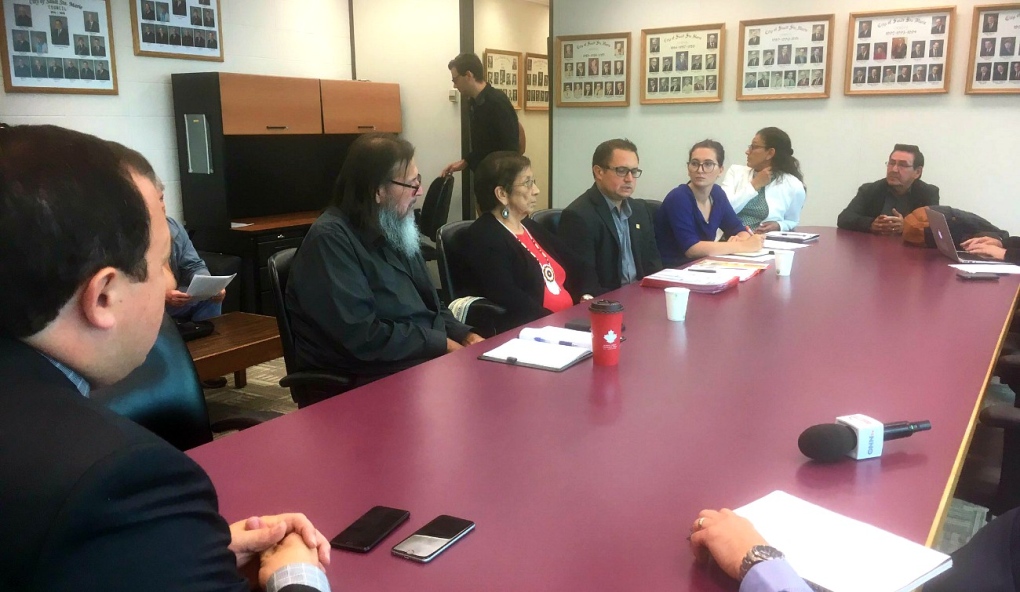 Member of the Bawating Urban Indigenous Committee have decided not to build a $40 million housing and Indigenous hub on the Gateway site in Sault Ste. Marie. (File)

SUDBURY -- While the project is still moving ahead, the $40 million Bawating Urban Indigenous Hub and Housing development won't be built on land owned by the City of Sault Ste. Marie known as the Gateway site.

In a letter to city council dated Dec. 5, Justin Marchand, executive director of Ontario Aboriginal Housing Services, said the Bawating Urban Indigenous Committee had reached a consensus that the location was not the right site for the development.

"There is absolutely a need for an appropriate cultural space for the over 9,500 urban Indigenous people living in the City of Sault Ste. Marie, also known as Baawating," Marchand wrote.

"We look forward to continuing to work with you on identifying an alternative, suitable site as well as working together to improve existing services so that outcomes for the people we collectively serve can improve now."

The project is to include mixed housing, including 120 affordable housing units, a friendship centre, a child care centre, green space, and an Indigenous interpretive centre.

The committee signed an agreement with Sault Ste. Marie in September 2019 to explore using the Gateway site.

"One of the first steps outlined in the process was the completion of an environmental assessment of the site," said a staff report headed to city council Dec. 14. "(The committee) completed initial work with an environmental consulting firm and, based on further evaluation, has decided that it does not wish to proceed with the project on the Gateway site."

While the group won't be building at that site, the report said staff will keep working with them to find another location.

Other developers have been interested in the Gateway site, located along the St. Mary's River, but those projects have also fallen through. But the staff report said the city's recent purchase of land along the north side of the property means it now owns the entire parcel with direct access off of Bay Street.

"This makes the property more marketable for development," the report said. "For next steps, staff will examine options to market the property and look for new opportunities to redevelopment."