Vicky Bourgeois lost her 20-year-old son, Tyler, on March 7, 2020, in a tragic snowmobiling accident that involved an impaired driver. 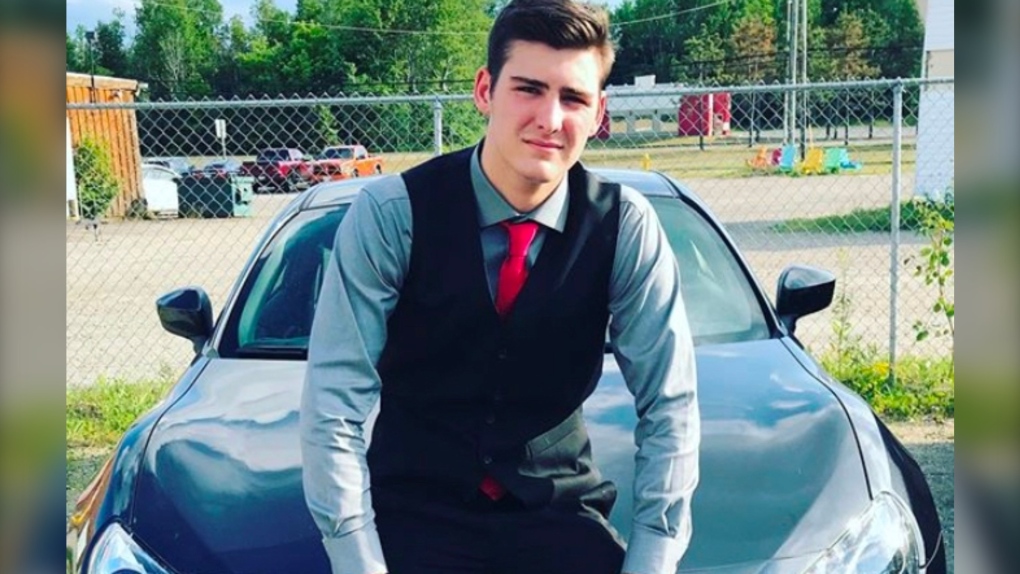 When looking for his final resting place, she said the Civic Memorial Cemetery on Second Avenue in Sudbury was the perfect fit, as it is secluded and surrounded by nature.

"This space means everything to my family. I come out here before work, after work. My daughter and my grandchildren come out and they have picnics," Bourgeois said.

Unfortunately, over the last two years, she said the plot and others nearby have been subject to multiple thefts.

Bourgeois said she contacted CTV News as she feels everyone she and her daughter have reached out to about the issue told them it's not their problem to solve.

Sizer said he has a connection with the cemetery, not only having loved ones laid to rest there, but also having been the manager of the site for 15 years.

He said now that he knows about the thefts, he will be bringing it to city council.

"It is something that we will be looking at, as this has been brought forward to me now. It’s been an issue with that fence for a number of years and now it is time to look at a different solution to see what we can do to resolve the problem," the city councillor said.

"We are pushing to have stronger reinforced fences for the back and the side so that this can’t happen anymore so that the theft will hopefully subside a little bit."

In the meantime, Bourgeois said she has installed trail cameras to monitor the gravesite when she is not there and hopes to have motion-censored lights as well in the near future.

The grieving mother said she will stop at nothing until the issue is resolved and has even started a GoFundMe campaign to try and cover the cost of the fence replacement. Her goal is to raise $50,000.

About 4,000 beagles are looking for homes after animal rescue organizations started removing them from a Virginia facility that bred them to be sold to laboratories for drug experiments.

Anne Heche, the Emmy-winning film and television actor whose dramatic Hollywood rise in the 1990s and accomplished career contrasted with personal chapters of turmoil, died of injuries from a fiery car crash. She was 53.

Weapon in deadly 'Rust' film set shooting could not be fired without pulling the trigger, FBI forensic testing finds

FBI testing of the gun used in the fatal shooting on the movie set of 'Rust' found that the weapon handled by actor Alec Baldwin could not be fired without pulling the trigger while the gun was cocked, according to a newly released forensics report.

Pennsylvania state police say a man who was upset about an argument with his mother drove through a crowd at a fundraiser for victims of a recent deadly house fire, killing one person at the event and injuring 17 others, then returned home and beat his mother to death.

A new study is offering a dire prediction for the U.S. state of California, where scientists say catastrophic flooding could become twice as likely in the future due to the effects of climate change.

Testosterone promotes both aggression and 'cuddling' in gerbils, study finds

A recent study on rodents has found testosterone, despite being commonly associated with aggression, can also foster friendly behaviours in males.

Republicans stepped up calls on Sunday for the release of an FBI affidavit showing the underlying justification for its seizure of documents at former President Donald Trump's Mar-a-Lago home.

Norway puts down Freya the walrus that drew Oslo crowds

Authorities in Norway said Sunday they have euthanized a walrus that had drawn crowds of spectators in the Oslo Fjord after concluding that it posed a risk to humans.