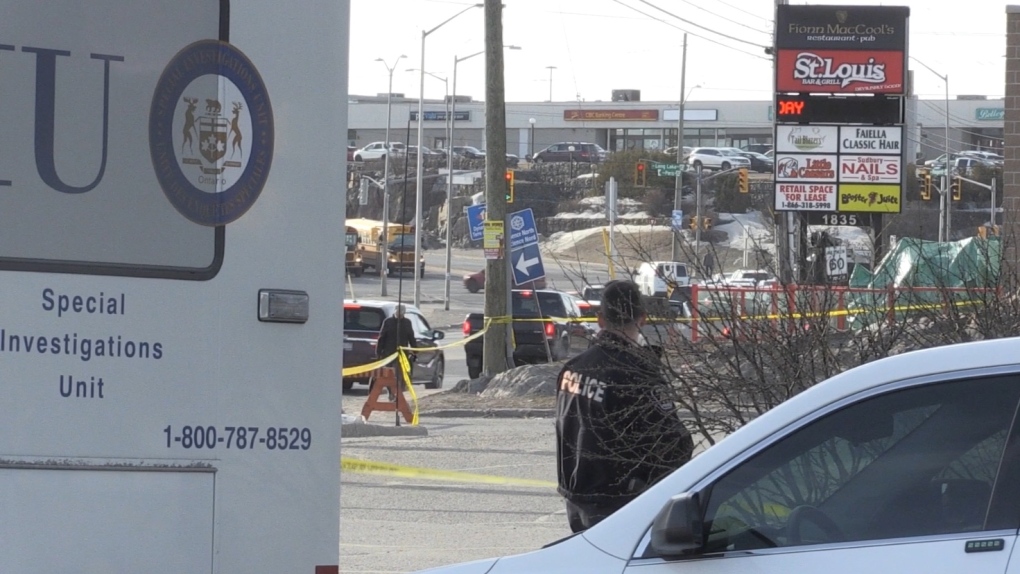 A man was shot by police in Sudbury Wednesday night during an altercation. (Molly Frommer/CTV Northern Ontario)

SUDBURY -- A police officer with the Greater Sudbury Police service has been cleared by the province’s Special Investigations Unit after a south end shooting in April 2019.

The SIU says there was no criminal wrongdoing found in connection with the incident.

On the night in question, Ontario Provincial Police contacted Greater Sudbury Police Service for assistance with tracking a man who was believed to have been involved in a recent armed robbery and was on his way to the community. The suspect was thought to be armed with a shotgun and had evaded previous stop attempts by ramming his truck into police vehicles.

Officers say they followed the suspected vehicle to a gas station just before 11 p.m. on April 10.

The SIU report reveals a 22-year-old man was in a pickup truck with his girlfriend parked at an Esso gas station on Regent Street in Sudbury when his vehicle was surrounded by the police.

After being cornered by police, the man allegedly rammed his truck into one of the tactical vehicles then purposely crashed into a propane gas tank.

Within seconds of their arrival, a police officer reportedly shot the man several times with a C8 rifle, hitting him in the leg and arm, resulting in him being sent to hospital where he underwent surgery for serious injuries.

Police say the woman may have suffered a broken finger in the incident, but that the injury wasn't confirmed.

Joseph Martino, the Director of the Special Investigations Unit, says there are no reasonable grounds to believe that the officer committed a criminal offence in connection with the shooting.

The SIU is an arm’s length agency that investigates reports involving police where there has been death, serious injury or allegations of sexual assault. Under the Police Services Act, the Director of the SIU must