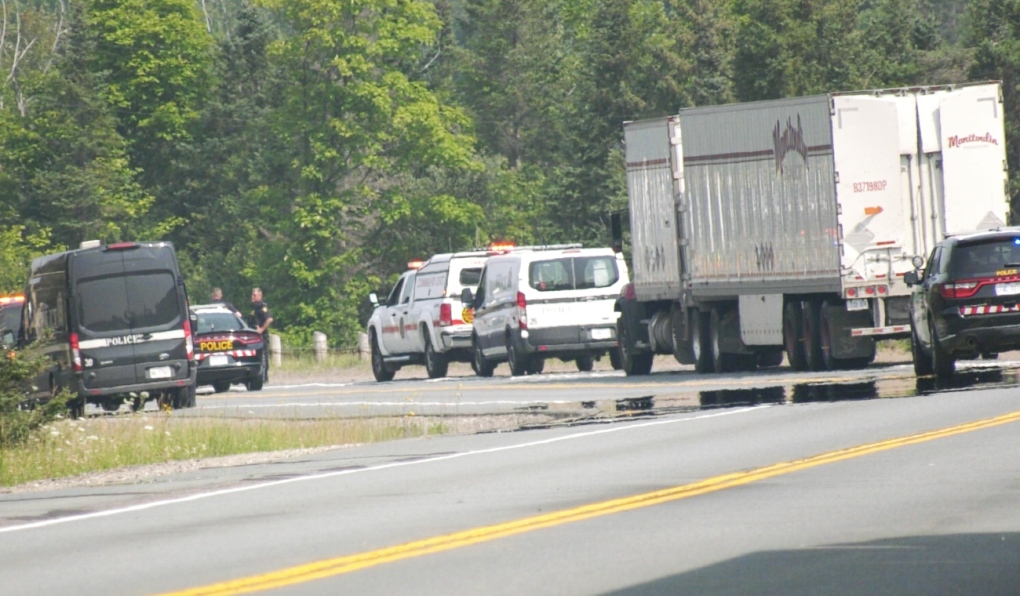 "Fire Services personnel were required for extrication of some of the involved people," the release said. "In total, 10 people were taken to hospital to be treated for injuries ranging from life-threatening to minor."

During the investigation, officers determined four vehicles were involved in the collision.

The scene of the collision, the 2600 block of Great Northern Road, is now open with traffic flowing normally in both directions.

The Sault Ste. Marie Police Service said Wednesday that Great Northern Road, between 6th Line and Macintyre Road, is closed due to a motor vehicle collision.

"We urge the public to avoid the area as this is an active scene and the road is closed to traffic in both directions," police said in a news release.

"Travelers are urged to avoid the area and, if possible, find alternate routes. It is anticipated traffic delays will be lengthy."

Further details will be released as they become available, police said.

While Canadians didn't have to wait too long on election night to find out who will lead the next government, there are still several individual seats too close to call and it could take a few days to get clear results with many mail-in ballots still to be counted.

Shandro out as Alberta health minister in Kenney cabinet shuffle

A magnitude 5.8 earthquake caused damage in the city of Melbourne on Wednesday in an unusually powerful temblor for Australia, Geoscience Australia said.

A month after a dramatic and harrowing scene at the Kabul airport that saw hundreds of Afghans chasing a U.S. military aircraft -- some clinging to its sides – at least one family is seeking justice for a loved one who fell to their death.