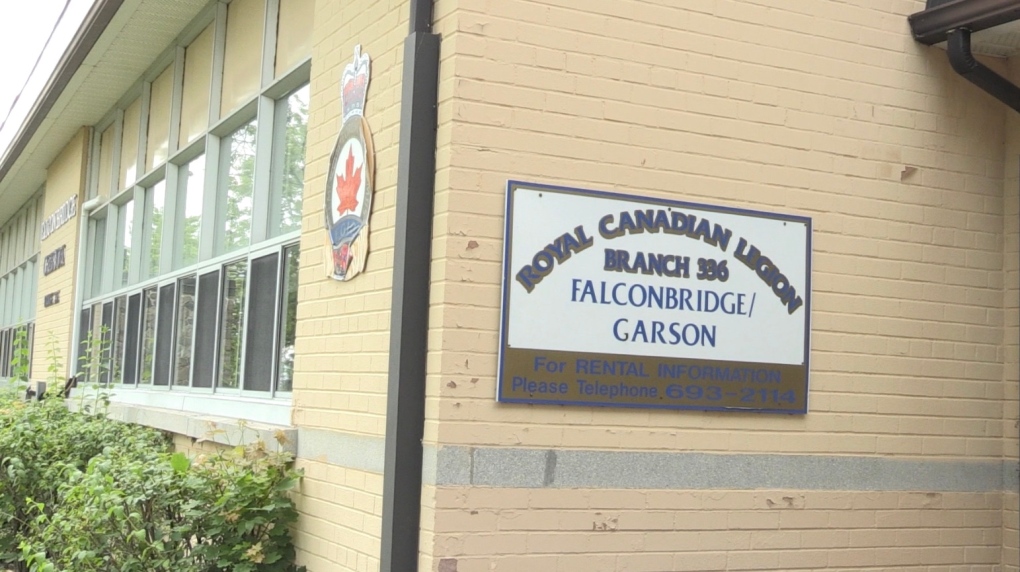 Officials with the Falconbridge Legion say they are not sure how long they can operate the way they are. July 17/2020 (Molly Frommer/CTV News Northern Ontario)

SUDBURY -- Legions in Sudbury say they are upset after hearing that the $83 million from Ontario’s Trillium Fund won’t be going towards keeping their buildings operating.

“Even though I heard this announcement and my spirits were raised I am cautious about getting too excited,” said Mary Michasiw, President of the Lockerby Legion 564.

“Operational costs are our biggest problem. We have to pay the bills, we have no revenue coming in.”

Michasiw says since mid-March, the legion has lost roughly $70,000 after having to cancel dozens of events, such as weddings, birthdays and anniversary parties.

“That $70,000 goes back into the community. It goes to our veterans, it goes out to help our seniors, provides programming revenue for events we have here. It’s all gone, and there’s no opportunity to replace it,” said Michasiw.

Nickel Belt MPP France Gélinas says this money from Queen’s Park will not help the Legions, especially the ones that are suffering badly.

“Right now the building expenses are piling up. Hydro, telephone, insurance, security system, all of those need to be paid and there’s no money coming in. Mr. Ford has made $83 million dollars available to them in a way that is useless. It has to be available to pay operational expenses,” said Gélinas.

Officials with the Falconbridge Legion say they are not sure how long they can operate the way they are.

“The little bit of fundraising that we can do with take out fish fry’s and the odd little bit of rentals that we can get to qualify under the current public health guidelines, is just barely getting us by at this time,” said Stuart O’Neil, Presidents of the Royal Canadian Legion Branch 336.

“As it gets colder in the winter the expenditures are just going to go way up and we won’t be able to meet our expenditures.”

Legions say they are hopeful that more funding will come their way in order to keep their doors open, but for now they say they will continue to put the veterans first.