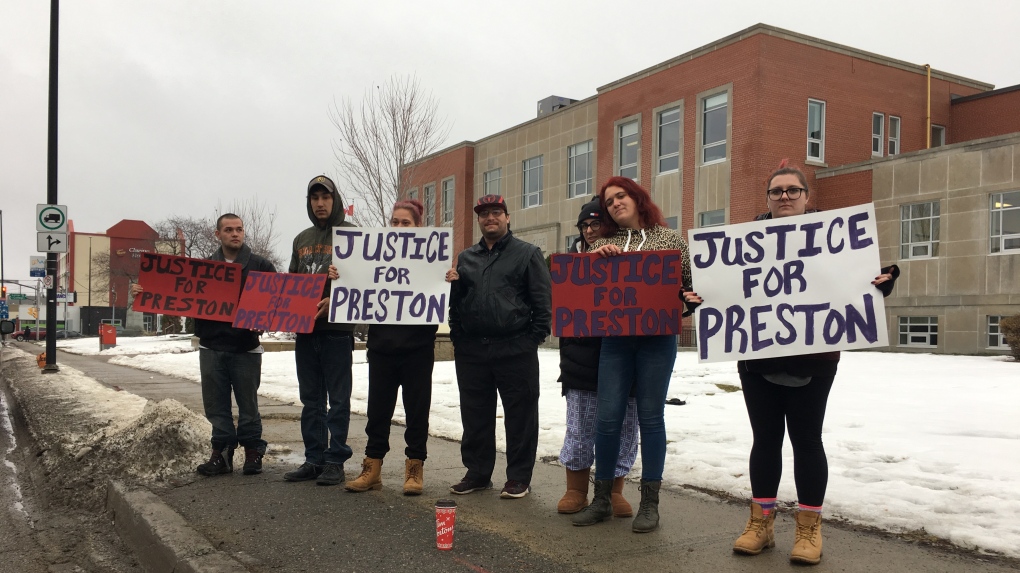 READ: Friends of the teen killed downtown last Friday gather outside the Sudbury courthouse where the teen accused of his murder is scheduled to appear.

18-year-old Steffin Rees is facing a second-degree murder charge after allegedly stabbing a 17-year-old male on Cedar Street, who later succumbed to his injuries in hospital.

Rees was arrested Saturday morning and has been held in police custody since then.

He made a brief court appearance Monday and is scheduled to be back at the courthouse Thursday morning.

That prompted a group of the victim's friends to stand outside the courthouse holding "Justice for Preston" signs.

CTV News Northern Ontario will continue to follow the story and bring you updates.