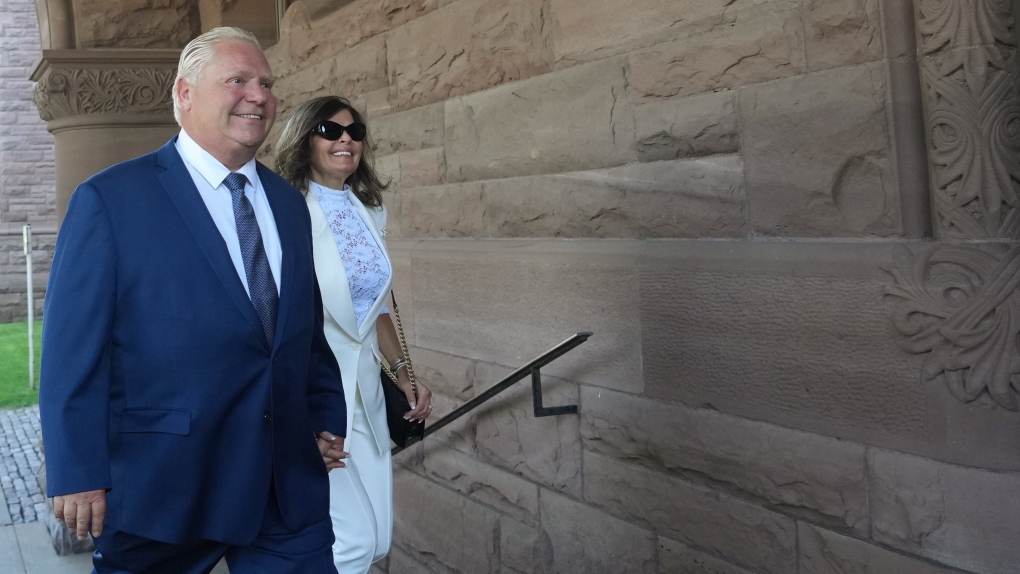 In a swearing-in ceremony Friday, Timmins MPP George Pirie was named Minister of Mines with a mandate to develop the Ring of Fire mineral deposit.

The former mayor of Timmins was elected in June and joins another first-term MP, Graydon Smith, who is Minister of Natural Resources and Forestry.

Smith won the riding of Parry Sound-Muskoka after the previous MPP decided not to run.

Sault Ste. Marie's Ross Romano is out of cabinet and will not be returning as Minister of Government and Consumer Services, a position he held since June 2021.

That ministry is now called the Ministry of Public and Business Service Delivery and will be overseen by Mississauga MPP Kaleed Rasheed.

Poilievre preferred among Conservatives, but Charest favoured by Canadians: poll

Ontario MP Pierre Poilievre remains the heavy favourite to be the next Conservative party leader but he trails opponent Jean Charest for support among Canadians as a whole.

With inflation rising at its fastest pace in nearly 40 years, the cost of everything from food to gas has skyrocketed. Canadians across the country are feeling squeezed, but big families with multiple children are at times shouldering much of the higher costs — and changing demographics and consumer patterns have left some of them more exposed to inflation than in previous generations.

A new study found that people with regular menstruation cycles and those who typically do not menstruate either experienced a heavier flow or breakthrough bleeding after being vaccinated against COVID-19.

The ingredients in a 2,300-year-old ancient Chinese chemistry formula have finally been identified, revealing new secrets about metallurgy in ancient China.

An ICU physician is criticizing Ont. Premier Doug Ford's throne speech, saying the government 'has no plan' to help health-care workers and may not believe 'there's any type of crisis' in the province's overburdened hospital system.