Four arrested and $1.6M in illegal cigarettes seized near Dryden 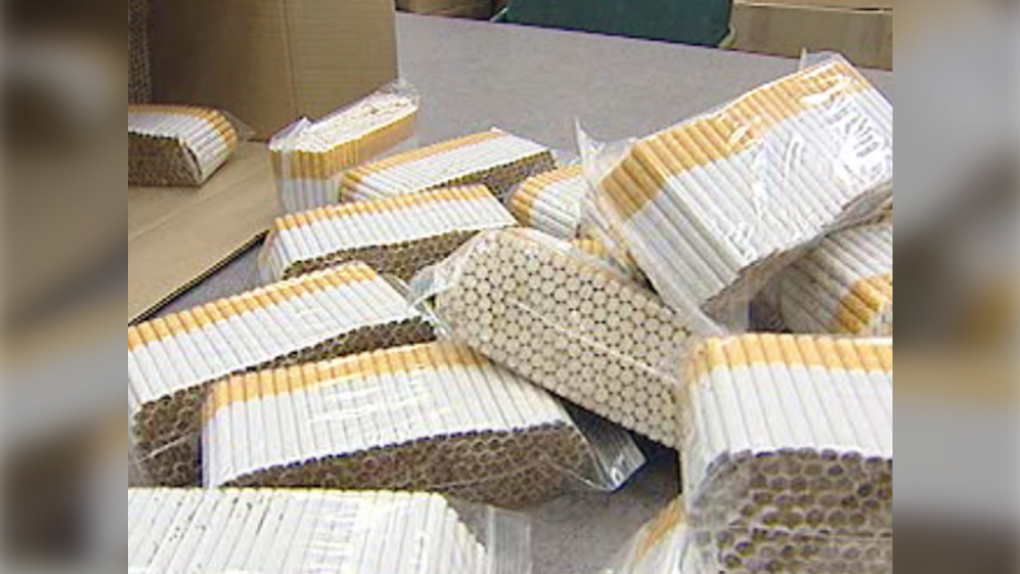 Police found 400,000 illegal cigarettes in a vehicle going from Ontario into Manitoba on May 1, 2008.

SUDBURY -- Four people, including three from Winnipeg, were arrested Sunday for trafficking contraband tobacco after a traffic stop on Highway 17 east of Dryden.

Officers stopped two vehicles in Southworth Township and say they discovered 386 cases of illegal cigarettes on board valued at around $1.6 million.

The four accused range in age from 23- to 40-years-old and include one person from Brampton.

They were all released and are scheduled to appear in court in Dryden Sept. 14.

A Government of Ontario report commissioned in fall 2018 found the province is losing more than $750 million in excise taxes to the illicit tobacco trade. Combined with the federal excise tax losses, the total is more than $1 billion.

Ron Bell, spokesperson for National Coalition Against Contraband Tobacco and a 30-year veteran of the Winnipeg Police Service, said in a news release last month that Kenora-Rainy River is the gateway in Canada for illegal cigarettes.

“All of the illegal cigarettes seized in Manitoba, Saskatchewan and Alberta are driven through the area and are usually sourced from southwestern Ontario.” Bell said.

In the past two months, multiple seizures of contraband tobacco have taken place in the region.

Around $3 million worth of illegal cigarettes heading westbound through Kenora-Rainy River to Manitoba and other western provinces were sized in the last three months.

With files from Darren MacDonald.