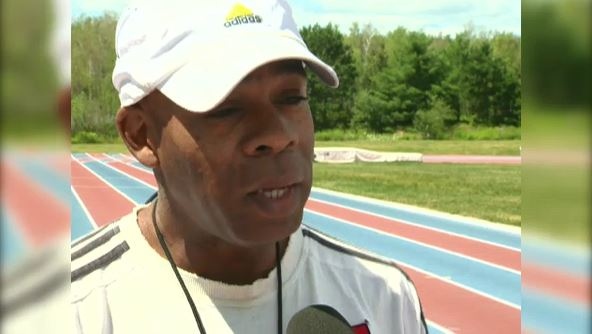 SUDBURY -- A former high-profile track and field coach in Sudbury, David Case, is on trial this week on three counts of sexual assault and two counts of assault.

The charges stem from a relationship with a female dating back to the 80’s and 90’s.

Case, 57, is fighting the charges.

On Tuesday, Case’s lawyer, Nick Xynnis, cross examined the complainant in the case.

A court-imposed publication ban protects the identity of the alleged victim.

The alleged victim testified in court on Tuesday that during a struggle she held a knife to Case’s throat, but "didn’t have the courage to stab him because she didn’t want to go to jail for him."

She also said she got the knife "because I didn’t want to be hit anymore."

The alleged victim said in her testimony that she didn’t report the incidents for 30 years because "I didn’t think anyone would believe me, because it’s unreal."

Three of the incidents are alleged to have happened when she was a under the age of 18.