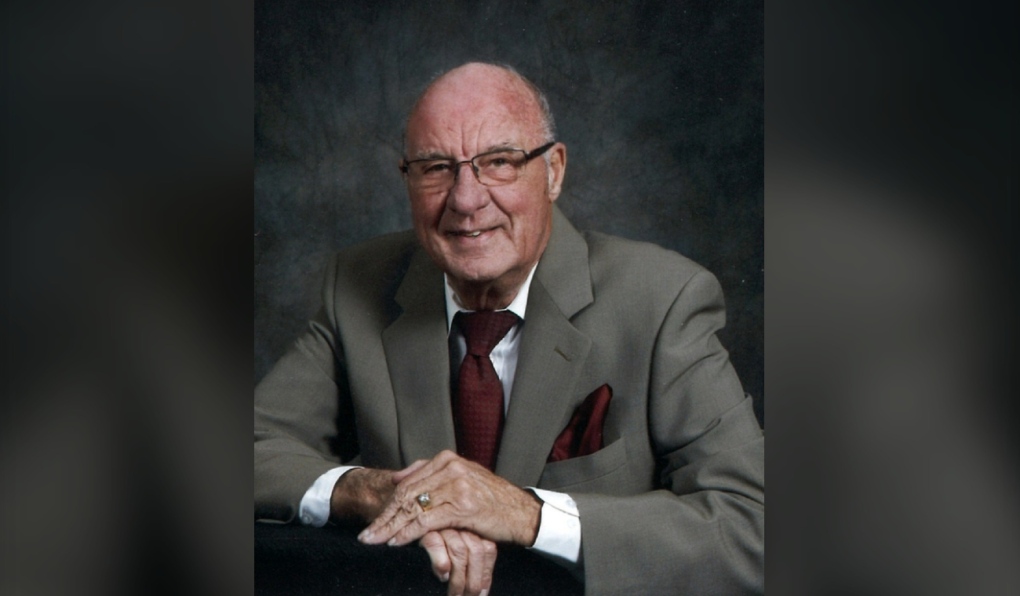 Lamoureux, 88, was a longtime community volunteer who was well-known in the Sudbury community.

He was an office supervisor at the former Falconbridge Ltd. retiring in 1989. After retiring, he worked as a consultant with Petryna Advertising and later worked as real estate representative with Coldwell Banker Marsh Real Estate for 15 years.

He was very active in many organizations as a volunteer and he participated in various boards. Among all of his volunteer work, he was the treasurer of the Sudbury Navy League of Canada for 10 years.

He was first elected as a City of Sudbury Alderman for New Sudbury in 1964 at the age of 31, beginning a long career in municipal politics spanning more than five decades, including serving as mayor of Sudbury in 1981-1982. He also served for many years on the Sudbury Regional Council. During his time him municipal politics, he enjoyed serving the community on the board of health, Laurentain hospital, the social services board, the Children’s Aid and many other committees.

He was elected president of the Federation of Northern Ontario Municipalities, as well as chair of the Regions and County of Ontario.

He and his wife of 67 years, Marina Lamoureux, built a home on Frenchman Lake in Hanmer, and they later moved into Azilda. He subsequently moved to the Walford Retirement Residence and then Extendicare Falconbridge.

Lamoureux considered his life as a "life well lived," his obituary said.

A visitation is scheduled Sunday from 2-6 p.m. at the Jackson and Barnard Funeral Home on Larch Street. and his funeral is Monday at 10 a.m. at the Holy Redeemer Church on Bancroft Drive.

Retailers sitting on 'mountains' of excess inventory in need of liquidation: expert

Consumer behaviour, a looming recession and the reactions of retailers to pandemic-driven supply chain issues are combining to drive a liquidation renaissance, according to one business advisor and retail futurist who spoke with CTVNews.ca.

Ontario doctor alleged to have killed 4 people around same date in 2021: documents

Canadians across the country have a shot at seeing the northern lights this weekend thanks to a series of solar flares and storms over the past few days, according to the National Oceanic and Atmospheric Administration.

Prime Minister Justin Trudeau nominated Ontario judge Michelle O'Bonsawin to the Supreme Court of Canada on Friday. She is the first Indigenous person chosen to sit on Canada's top court and the appointment is being celebrated as filling an important role at the highest level of the country's justice system.

Two pilots are believed to have fallen asleep and missed their landing during a flight from Sudan to Ethiopia on Monday, according to a report by commercial aviation news site Aviation Herald.

Sale of Ottawa church to 'Freedom Convoy'-affiliated group falls through, but leader says deal is still on

The current purchase of a historic Ottawa church slated to become an 'embassy' for a group affiliated with the Freedom Convoy has fallen through, according to documents obtained by CTV News. But The United People of Canada director said it was his understanding the deal was still in place.

Former U.S. Vice President Mike Pence said Friday that he didn't take any classified information with him when he left office.

A Calgary man who bilked his clients out of millions of dollars in a Ponzi scheme has been sentenced to 10 years in prison for what the judge called a deliberate and large-scale fraud.

There is now a simple solution to destroying 'forever chemicals': study

Scientists say they have developed a simple and cost-effective method for destroying a class of synthetic chemicals found in many consumer items and lasting in our water, soil and air for thousands of years when left alone.