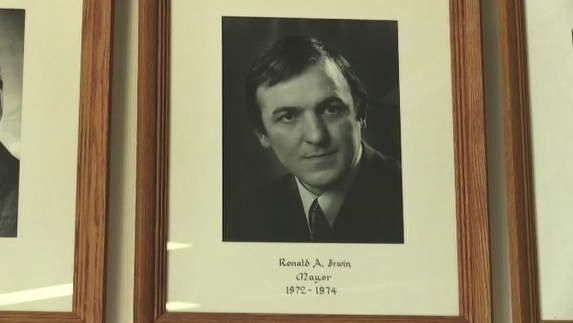 SAULT STE. MARIE -- The city of Sault Ste. Marie is honouring one of its longest serving career politicians after his death Saturday.

Ronald A. Irwin was born in Sault Ste. Marie in 1936, going on to have a long-standing career in Sault politics that saw him represent the city at both a municipal and federal level in multiple positions.

"I send our community's deep and sincere condolences to his wife Marg, their family and his many friends. Ron will be deeply missed and fondly remembered by many."

Irwin's career saw him elected as a school board trustee, city councillor, Member of Parliament, and privy councillor.

Irwin is credited for helping the city transform its waterfront from an industrial zone, to one of its biggest attractions during his tenure as mayor. That also included relocating City Hall to its current location at 99 Foster Drive.

In September 2020, the city honoured his achievements by renaming city hall after him, dubbing it the "Ronald A. Irwin Civic Centre."

Irwin, 84, is survived by his wife Marg, son Brady, daughters Toni and Nicole and eight grandchildren.