As smoke from forest fires in Manitoba and northwestern Ontario continues to blanket the northern region, Environment Canada has issued another alert about poor air quality.

The smoke is creating high levels of air pollution along with low visibility in some areas. Officials are recommending residents take extra precautions to reduce exposure.

"Wildfire smoke is a constantly-changing mixture of particles and gases which includes many chemicals that can be harmful to your health," Environment Canada said in a special air quality statement Monday morning. "Individuals may experience symptoms such as increased coughing, throat irritation, headaches or shortness of breath. Children, seniors, and those with cardiovascular or lung disease, such as asthma, are especially at risk."

Hundreds of people from northwestern Ontario have been evacuated to other parts of the province as the wildfires rage on.

As of 7:30 p.m. Sunday, there were 12 active forest fires in the northeast region, five were under control and seven are being observed.  Nine of the fires are located in the Cochrane fire region, two are in the Wawa area and one is southwest of Timmins. 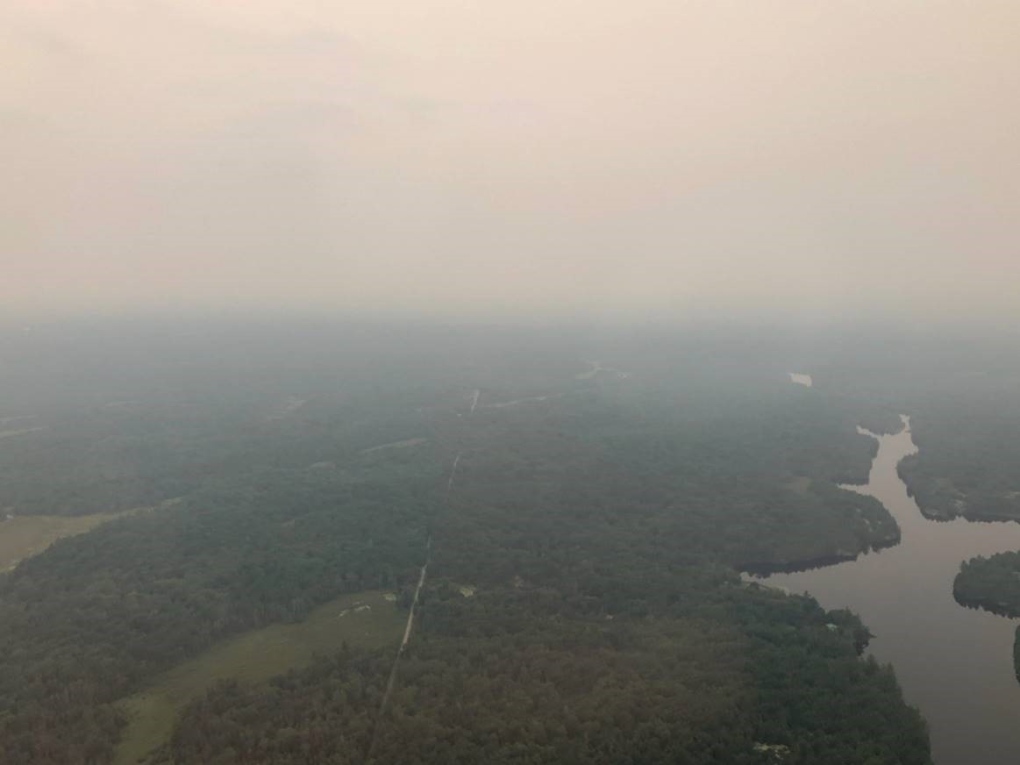 'I'm just so thrilled for him': Colleague of Michael Kovrig reacts to release

A colleague of Michael Kovrig says that he's ‘thrilled’ to hear that the Canadian is finally home after being detained in China for more than 1,000 days.

German election to set direction after 16 years under Merkel

Germany's closely fought election on Sunday will set the direction of the European Union's most populous country after 16 years under Angela Merkel, whose party is scrambling to avoid defeat by its center-left rivals after a rollercoaster campaign. The environmentalist Greens also are eyeing at least a share of power.

Israel is pressing ahead with its aggressive campaign of offering coronavirus boosters to almost anyone over 12 and says its approach was further vindicated by a U.S. decision to give the shots to older patients or those at higher risk.

The Canadian Conference of Catholic Bishops has apologized for the first time for the horrors that occurred in residential schools it ran for the federal government for more than a century.

'People will suffer and will die': Emergency doctor says some health triage has begun in Alberta

'Marriage for all'? Swiss voters to decide same-sex marriage

Voters in Switzerland will decide Sunday whether to allow same-sex marriages in the rich Alpine country, one of the few in Western Europe where gay and lesbian couples do not already have the right to wed.