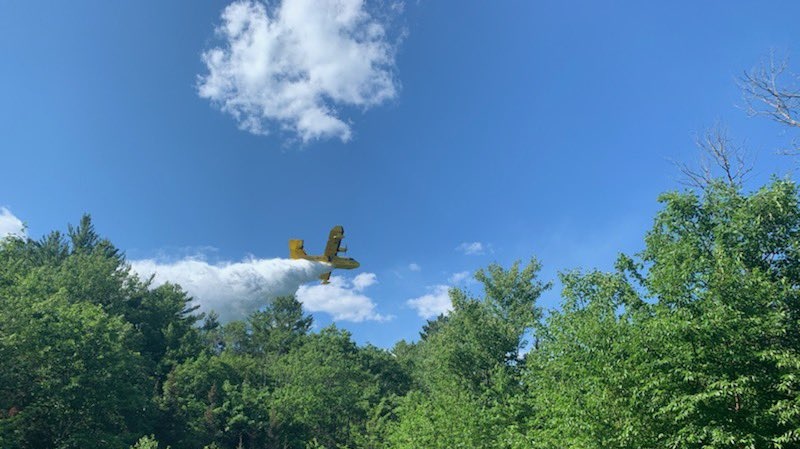 SUDBURY -- The Ontario Ministry of Natural Resources and Forestry confirms it has called in extra help to deal with 23 forest fires in the northeast region.

"Right now we have 23 active forest fires in the northeast region, " said Isabelle Chenard, MNRF Regional Fire Information Officer. "Of those, there are six that are not under control. Five are being held and 11 are under control and one is being observed."

The MNRF says it's implementing a more aggressive approach to fighting fires this year.

"We are trying to respond to fires more quickly, detect them fast and keep them small. So we are relying more on water bomber aircraft to perform initial attacks on fires this year," said Chenard.

There are two fires of note, one in the North Bay area and the other in the Sudbury area, and residents may have noticed water bombers Wednesday evening.

The fire, North Bay 27, located just south of Lake Nipissing, is 0.8 of a hectare and is being held as of Thursday morning with one fire ranger crew remaining on scene.

"We are also on the scene of Sudbury 55, which also had water bombers on it last night, east of Fairbank Lake. And that fire (Thursday) morning is under control at 0.3 of a hectare," said Chenard.