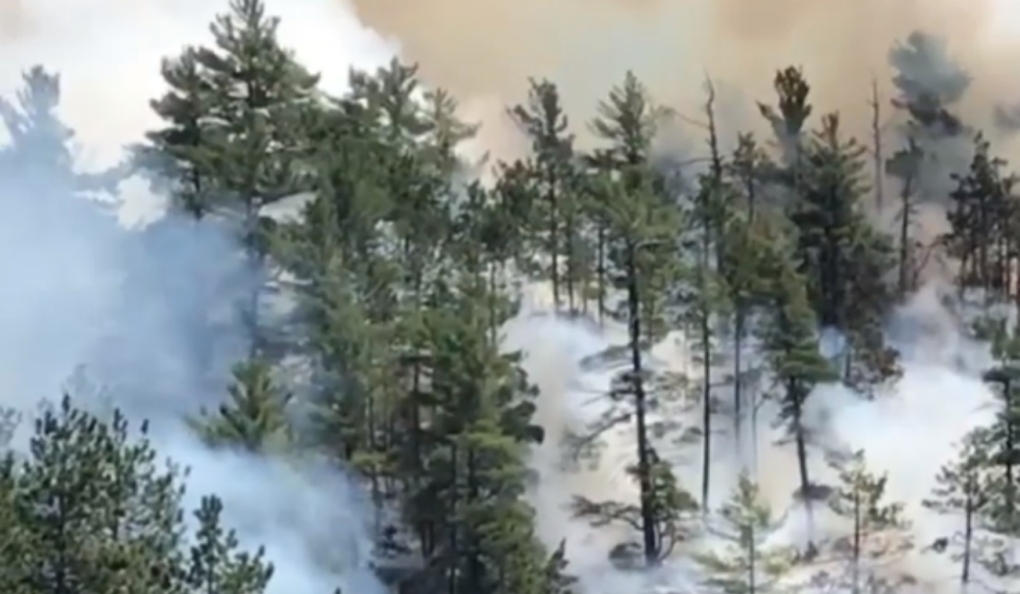 A new forest fire is burning in the French River, officials confirmed Friday. (Image from video)

SUDBURY -- A forest fire burning in the French River, reported to be 1.7 hectares in size, is now being held by firefighters in the area, according the the Ministry of Natural Resources and Forestry.

Shane McCool, a fire information officer for the north east region, said the fire was reported at 3 p.m. Friday. Two provincial firefighting crews were dispatched to work with local firefighters, McCool said. Water bombers were in the area, but have since left to allow the firefighters to do their work.

McCool said no evacuation orders have been issued, although there are reports a local campground in the area has been evacuated as a precaution.

According to the provincial fire map, the blaze is located on Daoust Creek, which empties into French River.

This story will be updated when more information is available.