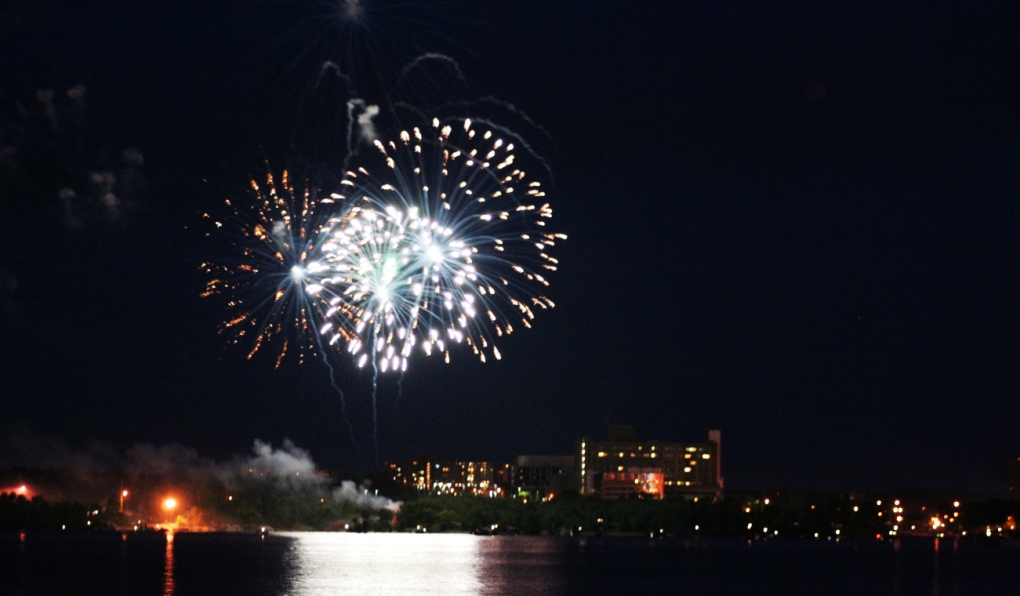 The fire ban in effect in Greater Sudbury includes fireworks, the city said in a news release Friday. (Supplied)

The fire ban in effect in Greater Sudbury includes fireworks, the city said in a news release Friday.

"With a fire ban still in effect within municipal boundaries, the City of Greater Sudbury reminds residents that fireworks are not permitted this Victoria Day weekend," the release said.

The fire ban, which began May 11, also prohibits all open-air fires, including campfires, chiminea fireplaces, crop residue fires and any other type of outdoor burning.

All open-air fire permits are cancelled for the duration of the ban. Gas-fired and charcoal barbecues and outdoor propane fireplaces are still permitted.

While rain is in the forecast, the city said conditions are still too dry to lift the ban.

"While last week’s heatwave has been replaced by more seasonal temperatures, the Greater Sudbury area has yet to receive enough significant or consistent rainfall to improve dry conditions, and water levels in rural area lakes, ponds, creeks and swamps remain low," the release said.

"To report a fire during a ban, call 911. Should a violation of the fire ban result in response by firefighters, individuals responsible may be charged for the full cost of the service call."

Updates on the ban can be found here.

Prime Minister Justin Trudeau is calling on Canadians to recommit to the country’s values, including respect, hope and kindness, in his official Canada Day message.

Russian missile attacks on residential areas killed at least 21 people early Friday near the Ukrainian port of Odesa, authorities reported, a day after the withdrawal of Moscow's forces from an island in the Black Sea seemed to ease the threat to the city.

The Assembly of First Nations says an Ontario court has rejected a bid by National Chief RoseAnne Archibald to overturn her recent suspension.

The Royal Canadian Navy says it has relieved the commanding officer of a warship in the Pacific Fleet.

A lack of programs to certify lifeguards amid the COVID-19 pandemic is contributing to the industry-wide shortage seen in Canada, a Toronto city official says.