SUDBURY -- An early morning fire at a North Bay senior's facility has sent two people to hospital and claimed the lives of two pets.

North Bay Fire Chief Jason Whiteley said in a news release, crews were called to the North Bay Golden Age Club located at 135 Worthington Street West after a fire broke out at an apartment on the eighth floor around 1:38 a.m. Friday.

Firefighters rescued the tenant and their dog, but high amounts of combustibles in the apartment made firefighting and rescue efforts difficult. Luckily, the fire was contained to just one unit.

"North Bay paramedics treated and transported two residents to hospital and assessed several other residents on scene. One patient is in critical condition," Whiteley said. "North Bay police assisted with evacuation and evacuee and scene management and North Bay transit provided a bus for temporary shelter for evacuees."

Firefighters tried to revive two pets, but both succumbed to their injuries after being taken to a local veterinary clinic. 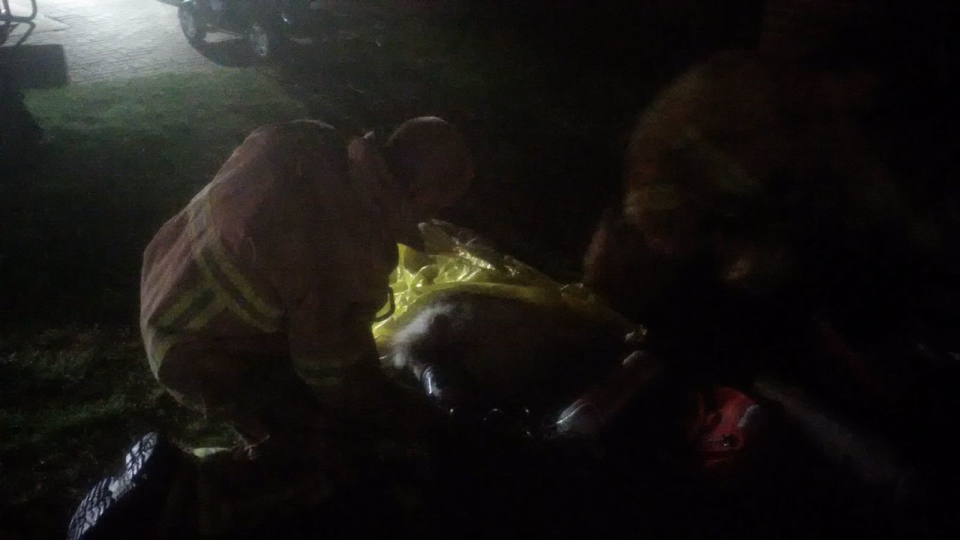 Staff from the facility along with local victims services helped arrange temporary shelter for residents on the eighth floor.

The cause of the fire has not yet been determined and an investigation is being done by the North Bay Fire Prevention and Life Safety division along with the Ontario fire marshal’s office.

"This incident reinforces the importance for building owners to maintain and have a functioning fire alarm system. The fire alarm system at 135 Worthington St provided early detection and notification which prevented this fire from becoming much worse," Whiteley said. "Building owners can contact the Fire Prevention and Life Safety Division to get information on their responsibilities under the Ontario Fire Code and any other Fire Prevention advice."