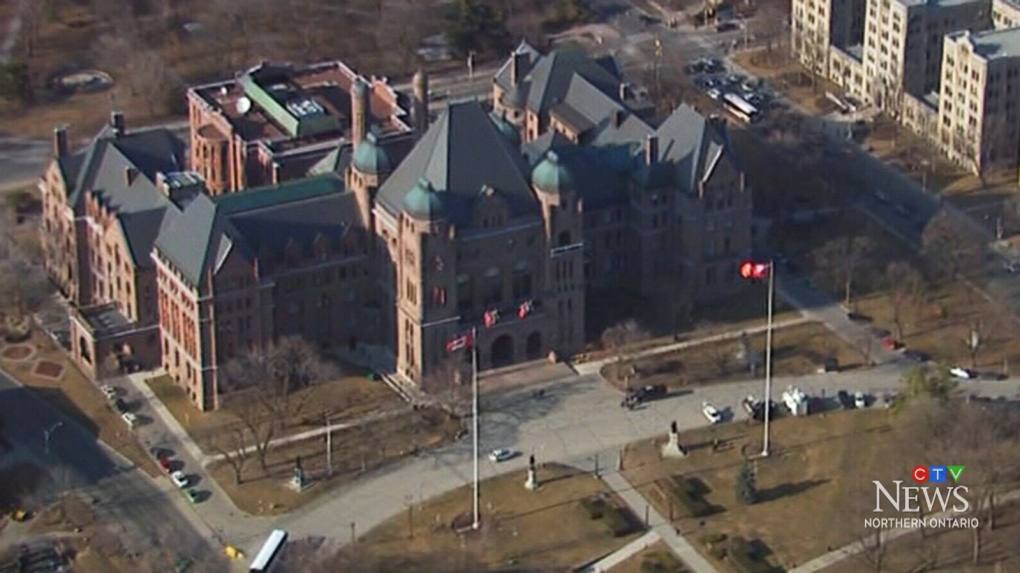 SUDBURY -- The Ontario government says it has reached a final settlement on a 115-year-old land claim with Flying Post First Nation, near Timmins.

A $14.1 million settlement will address the shortfall of land received by the First Nation as part of the James Bay Treaty, Treaty #9, which was originally signed in 1905.

Chief Murray Ray of Flying Post First Nation said he is "tickled pink" with the outcome. He believes the land shortfall was due to a miscommunication when the treaty was signed surrounding where the reserve was to be located.

The Flying Post First Nation reserve lands are located northwest of Timmins along the Ground Hog River, however, today the majority of its members live near Nipigon.

Ray said band members have never actually resided on the 26 square mile reserve because it is swampland and is an unsuitable place to build a village. He said the person that signed the treaty at the band's Rush Lake summer camp on behalf of the First Nation, Chief Black Ice, may have based the reserve boundaries on trapping lines and location of the people at the time but didn't take into account where the people actually lived.

That is why the band elected to take a cash settlement over acquiring more land, he said.

"It's been my pet project for 20-some years," said Ray. "Nothing changes. We still have the reserve."

He said approximately 240 members of the band are scattered across the continent due to several factors, with a large family living in Nipigon, northeast of Thunder Bay on Lake Superior.

"This is an important moment," said Chief Ray. "Flying Post First Nation and the province of Ontario have taken the proper steps to right a historic wrong for a loss that is almost 115-years-old. We had a successful ratification on December 2, 2019, and are confident it will contribute to our economic and social development. We are proud of all our members of voting age who cast their ballot in favour of this settlement."

Government officials say the settlement was approved by the First Nation members in a vote in December 2019, with 100 per cent of those who voted in favour of the agreement.

The chief said several new band members have shown interest in using the land and have discussed using the traditional territory to fish and hunt.

Flying Post First Nation joined the Wabun Tribal Council in 2007 after previously being an independent First Nation within the Nishnawbe-Aski Nation.

The Wabun Tribal Council says on its website: "The Canadian government did not respect the nomadic lifestyle of the Ojibway and Cree people of northern Ontario. As a result, when the document was signed, lands were set aside according to where the people happened to be located that particular time."

"I'm pleased that Ontario is fulfilling its outstanding obligation to Flying Post First Nation, dating back more than a century," said Greg Rickford, Minister of Indigenous Affairs in a news release Monday. "Settling land claims through co-operative negotiations and respectful dialogue is a key step towards reconciliation with Indigenous people."

Chief Ray said that the money from the settlement will have a big impact on the band members.

"It means a lot to us. Now, we get to run our programs without worrying about the government," said Ray.

He also said that any Flying Post First Nation member who wants to, regardless of where they live, can go to post-secondary school and have their education paid for.

The First Nation chief said that the biggest challenge in the fight was having three parties involved: the Government of Canada, Government of Ontario, and Flying Post.

He said there is no current plan to develop the reserve land and believes it would be "two steps back" to go on reserve and that wherever his band members call home, that is still your home.