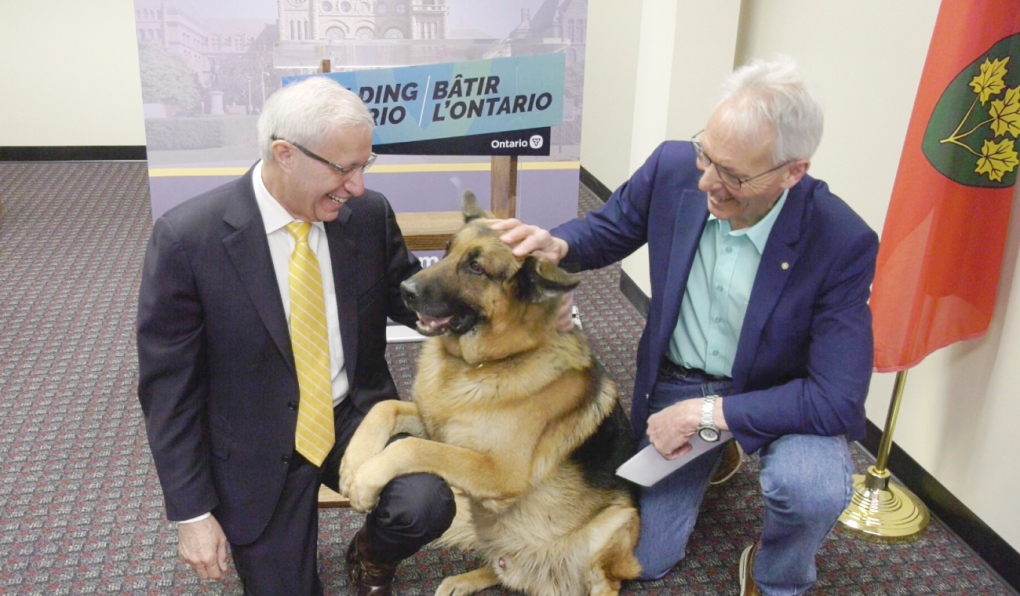 “Our government is committed to making targeted investments in growing and emerging sectors, such as the north’s film and television sector,” said Fedeli.

“Today’s funding is helping solidify the north's reputation as a first-rate production centre in North America and the world.”

Among production companies receiving money is Shaftsbury Rex V Inc. The province is providing $500,000 to shoot a two-part episode of the original series 'Hudson & Rex.'

The series follows the crime-solving dog Rex on his adventures. Production will begin this fall.

The show is set in St. John’s, Nfld. The episodes will feature a police officer who is being honoured by the City of North Bay.

The crew is travelling in a plane when it crash lands. Rex sets out on a journey to find help while the officers remain behind at the crash site to find out who sabotaged the plane.

“Hudson & Rex audiences will be delighted to find Rex on a new adventure in the North Bay area in this Season 5 two-part special," said Shaftesbury Films chairman and president Christina Jennings.

"Funding from the Northern Ontario Heritage Fund made this opportunity possible. This is the third time that Shaftesbury has received NOHFC funding, which previously included Slasher 1 and Summit. We look forward to returning to northern Ontario, and in particular North Bay.”

The rest of the funds will be distributed to these productions:

• $500,000 for CBTB Productions Inc for a film called Christmas By The Book, shot in and around North Bay

• $500,000 for Devils Breath Films Ontario Inc for a film called Devil’s Breath, shot in and around North Bay