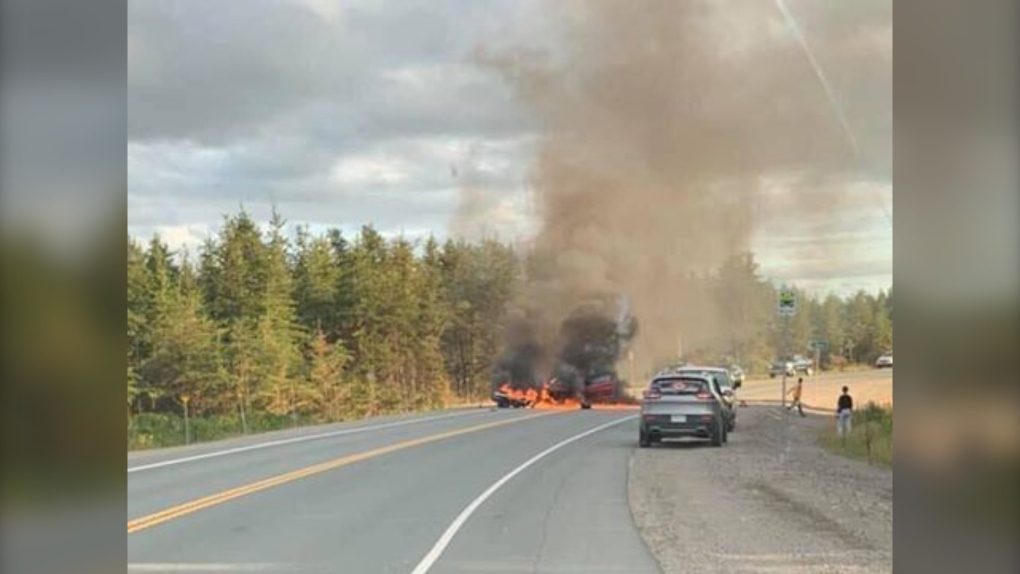 Emergency crews in Greater Sudbury were called to a serious head-on collision that happened in the community of Capreol Tuesday night.

Police say it happened August 13 around 8 p.m. on Municipal Road 84 between a car and a motorcycle.

Thick black smoke could be seen from a distance as the car caught fire. 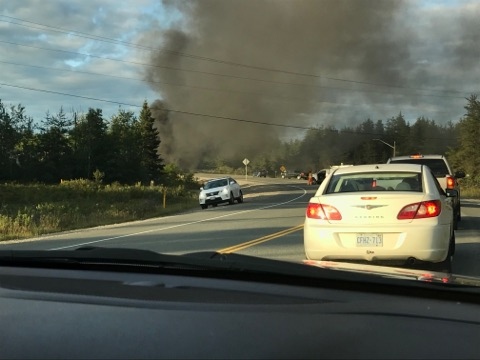 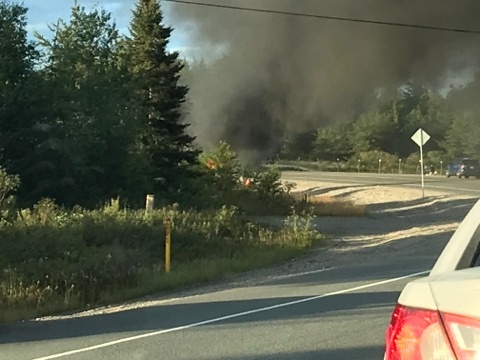 Both drivers were sent to hospital and are said to be in stable condition.

The road was closed overnight while forensics and traffic management investigated the scene.

A police investigation is ongoing. Police are asking witnesses to the crash to come forward.