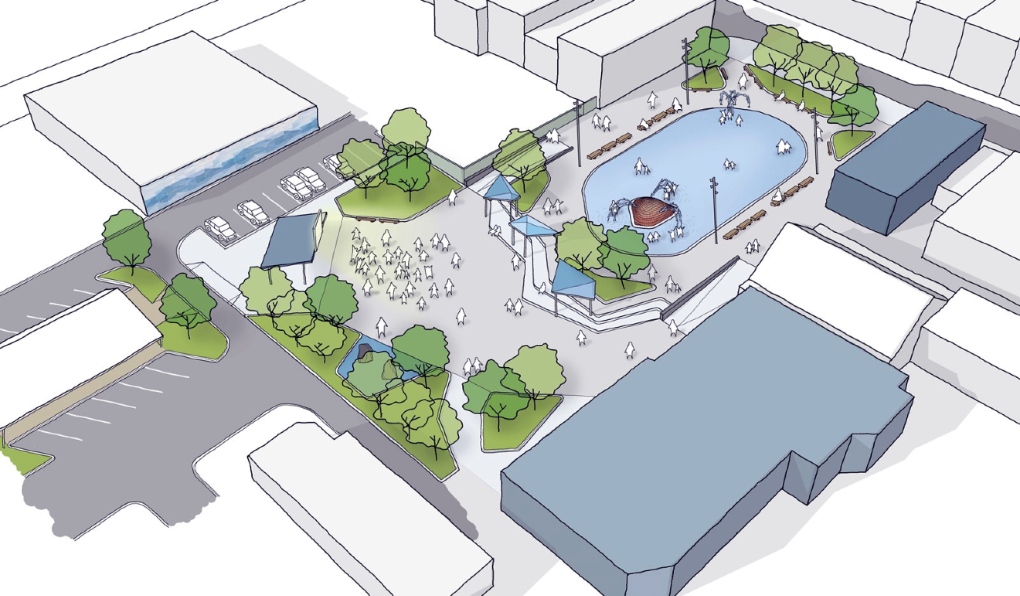 SAULT STE. MARIE -- The City of Sault Ste. Marie’s downtown revitalization project is getting a boost, thanks to the Government of Canada.

On Thursday, Sault MP Terry Sheehan announced $500,000, which will mainly be used to fund the city’s Civic Plaza build and other infrastructure-related projects.

“The city plaza in Sault Ste. Marie will give residents and tourists alike another reason to visit and spend time and money in the city’s downtown core,” Sheehan said.

The plaza comes with an estimated price tag of $6.6 million. Right now, its features include a skating rink, water feature, play zone, outdoor farmer’s market, a stage with an outdoor screen, and several other amenities.

“The plaza will be a four-season community space that connects the waterfront and downtown area,” said Sault Mayor Christian Provenzano. “It will serve as a gathering space that increases activity in the downtown area.”