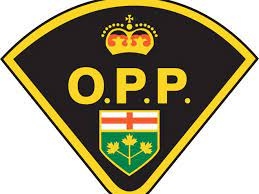 One motorcyclist is dead after a crash in Port Dover on the same day as a massive bike rally celebrating Friday the 13th.

OPP responded to the incident at 1:15pm Friday involving a motorcycle and a vehicle.

They say the mishap happened at Blueline Road and St. Johns Road East.

Police say the motorcycle driver was taken to hospital where the individual was pronounced dead.  The driver of the vehicle was not hurt.

The identity of the motorcyclist has not been released.

This crash comes as nearly 100,000 people gathered in Port Dover to celebrate Friday the 13th with food, music, and motorcycles.

There was also a second motorcycle incident Friday afternoon in Haldimand County, about 30-minutes away from Port Dover.

It involved a rider who was taken to hospital by air with serious injuries.

A new subvariant of Omicron is expected to become the dominant strain of COVID-19 in Ontario, health officials say.