Fatal crash on Hwy 17 claims the lives of three

Police say a fourth person involved in a two-car crash on Highway 17, that claimed the lives of three people, has been transported to hospital with non-life threatening injuries.

The road will remain closed as investigators analyze the scene.

No detour available at this time.

Police have confirmed with CTV News that the crash on Highway 17 near Nairn Centre on Monday afternoon involves two vehicles and have claimed the lives of three people.

Highway 17 is expected to be closed for awhile for an investigation.

Ontario Provincial Police say members of the Manitoulin Island detachment are at the scence of a serious crash Monday afternoon.

Police say it happened about 10 kilometres west of Nairn Centre on Highway 17.

The collision has caused a road closure in both directions.

Motorists travelling in the area should expect delays.

CTV News Northern Ontario is following the story and will have more updates as they become available. 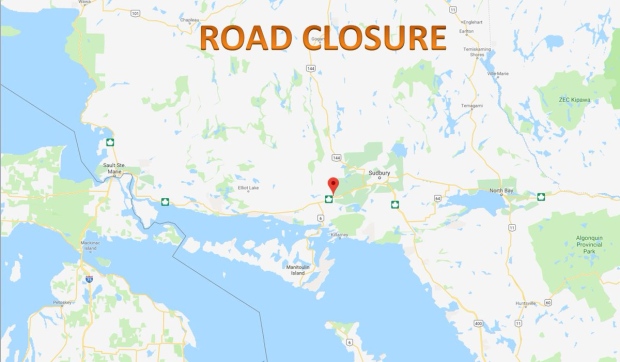