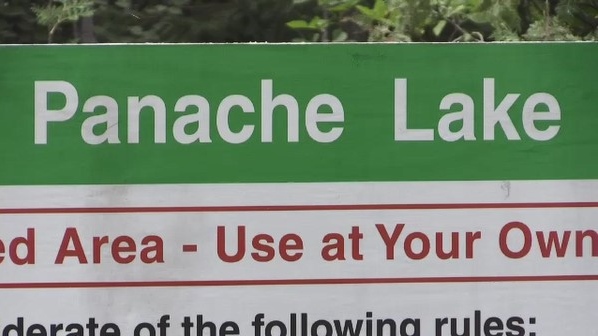 On August 22, Tim Dodd was camping with his family at Lake Panache when he suddenly collapsed. The problem was the campsite was boat access only, 15 minutes away from the closest land structure, the Panache Lake marina. Sept. 2/20 (Dana Roberts/CTV News Northern Ontario)

SUDBURY -- On August 22, Tim Dodd was camping with his family at Lake Panache when he suddenly collapsed.

"We started CPR and rushed him to where the ambulance could get to him," said his son, Jeff Dodd.

The problem was the campsite was boat access only, 15 minutes away from the closest land structure, the Panache Lake marina.

"When I got to the marina one of the first questions I asked was do you have an [Automatic External Defibrillator (AED)] and they do not," recalled Jeff.

"I believe it would have significantly helped."

Now the family is working to help ensure this tragic turn of events doesn't happen to someone else and they’ve started a GoFundMe campaign to get an AED at the marina.

"[My brother] knowing what was needed and asking about it really made me start thinking about first aid and the access available to people on the lake," said Kathryn Dodd-Digby, Tim's daughter.

"It's not the first instance that this had happened and we feel that a unit out there would have not only benefited not only my father, but several people on the lake."

Since launching the campaign late last month, the family said that they have been overwhelmed with support.

"We're hoping now that it's taken off to have more than one AED available, one at either end of the lake and one in a central location as a minimum at this point," said Jeff.

The cause of AED's has already been on the radar of France Gelinas, the area's MPP.

Gelinas tabled a private members bill calling for a registry of all AED's across the province, so that in an emergency, the nearest one could be found.

But she said the northeast could always use more.

The family said their father was well known in the area for his unique miniature boat creations that would often be floating through the lake. Kathryn hopes that this helps create a lasting legacy for her father.

"He was very well known on the lake for his creativity and his pirate ships floating out on the camps…it was his happy place and knowing that he's honoured in this way, I think he would be very proud and something that he would want."

To find out more about the campaign, click here.