From confectionary to used bookstore, Bay Used Books is nearing 50 years and hopes to hand it down to the next generation.

The family-owned Sudbury business was started in New Sudbury by Anne Bouffard's father.

"We were living in North Bay and my dad wanted to own his own business, so he bought a confectionary on Lasalle Boulevard in 1975," said Bouffard.

"He started converting the confectionary into a used bookstore … So as the books came out, the groceries kind of disappeared and eventually it was just a bookstore."

In the early 1980s, Bay Used Books set up a secondary location on Elm Street, where it is still located. Bouffard owns the store along with her husband.

She bought it from her parents when they were ready to retire, but added they both come in regularly to browse the shelves and reminisce. Bouffard can relate.

"Even when I was 13 or 14 years old, I loved helping people and it’s just part of my nature I think," she said.

She also enjoys giving recommendations and helping customers find new books to read based on what they have previously enjoyed. 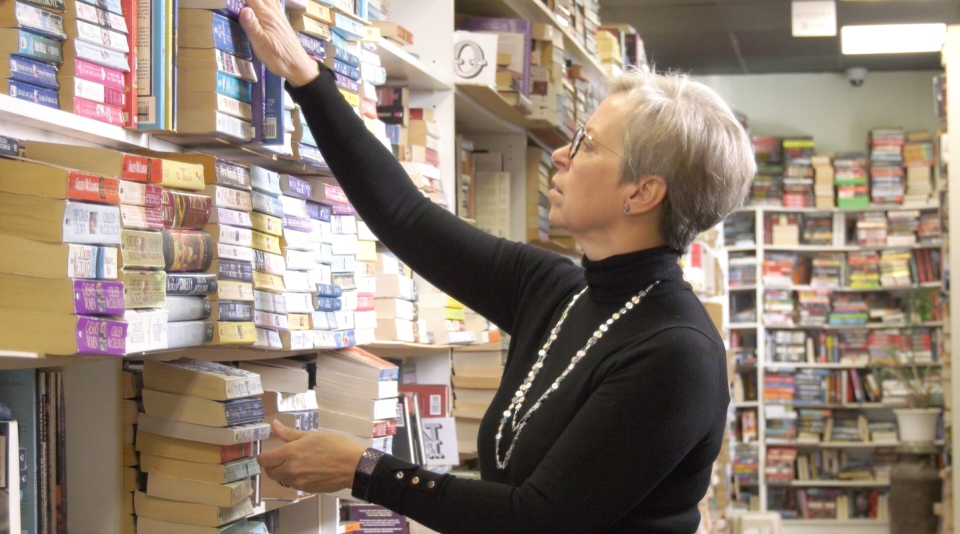 "It is really fun to see first-timers come in," said employee Cory Gaudette, who has worked at the store for more than seven years.

"You can tell they’re first-timers because the first thing they do is look right up to the roof and you can see the sense of amazement and being overwhelmed."

Although there is a ton of variety, the staff knows exactly where almost everything is located. The owners said it’s the largest used bookstore in northern Ontario and their slogan is, "over half a million books,"

"It’s actually very well organized," said Gaudette. "It’s organized by genre first and then alphabetized by author’s last name and we all have a really good idea of what’s in the store."

"I want to do a little shout-out to the staff because you can come in here and ask for anything and they’ll drag you through the building and find this book in some corner," said loyal customer Sue Gates.

"I just remember one day asking for one and they took me through the building, downstairs, around -- I mean I needed to follow them back because I wouldn’t have known how to get back to the front door."

While the COVID-19 pandemic was hard on many businesses, it also meant people had more time to read – which led to more business for the store.

"I would say more than 50 per cent of our customers are loyal, dedicated readers and we see them almost on a weekly basis," said Gaudette.

"But ever since the pandemic, we’ve actually seen an increase in new readers – people who haven’t read since like grade school or high school and they’re opening their horizons."

"We have new customers coming in all the time, and when people come here, it’s not just to buy books," Bouffard said.

"It’s to talk about books, to ask about books and I think what we’ve created with the customer service experience, I’m really, really proud."

As for the future, Bouffard said the business will stay in the family.

"My son is only 21 years old, so he is actually starting a different career as a paramedic shortly, but I think eventually he will want to take over the book store," she said.

"I do hope that it does stay in the family. And if it’s not my son, then perhaps a niece or nephew down the road would want to take it over."