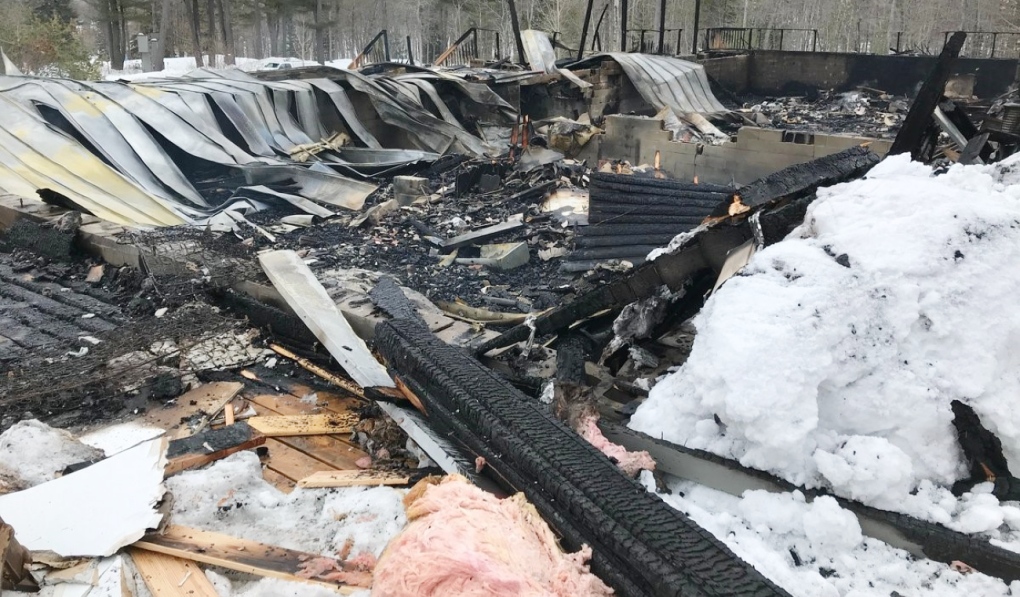 An explosion levelled a dormitory Wednesday in the Municipality of McDougall, north of Parry Sound. (Supplied)

SUDBURY -- A large explosion at a well-known children's camp has left a building on its property destroyed.

According to officials, crews responded to calls of an explosion at the Tim Horton's Memorial Children's Camp in McDougall, located in the Parry Sound area, around 7:30 Wednesday morning.

The explosion led to what officials are calling a three-alarm fire, destroying what the Fire Marshal described as a dormitory.

Two McDougall fire stations were joined by crews from the McKellar and Parry Sound fire departments.

The fire was put out around 4 p.m. but crews are expected to remain on scene until Thursday morning.

The Ontario Fire Marshal's office has been called in. The investigation into the cause is ongoing.