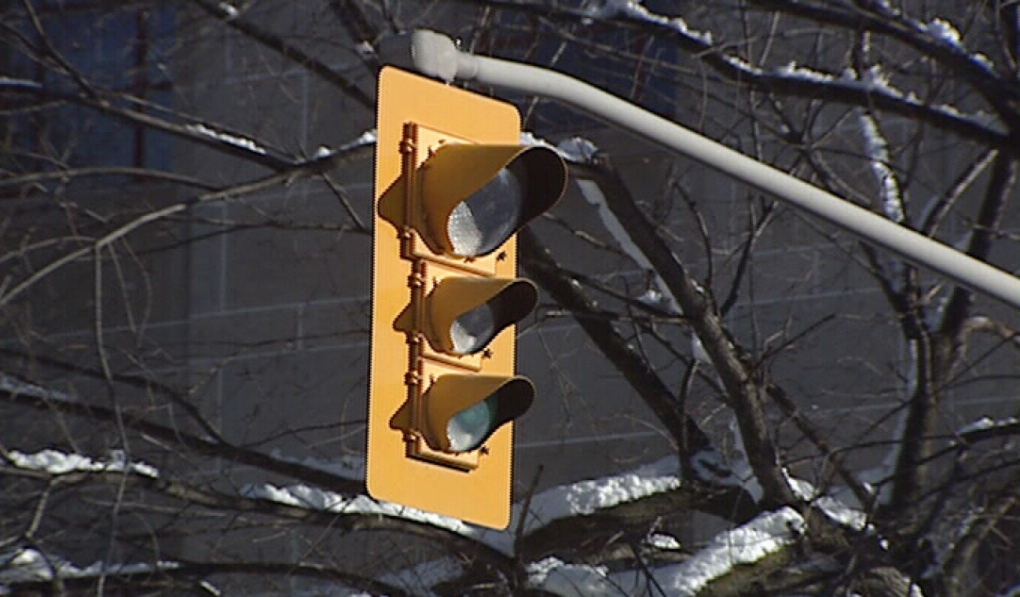 Greater Sudbury is updating its traffic light equipment that will eventually lead to less time waiting for the light to turn green. A total of 10 intersections on Lasalle Boulevard will receive upgraded equipment next week. (File)

Greater Sudbury is updating its traffic light equipment that will eventually lead to less time waiting for the light to turn green.

A total of 10 intersections on Lasalle Boulevard will receive upgraded equipment next week.

“Greater Sudbury Police Services will be providing traffic control, but motorists should expect delays,” the city said in a news release Friday.

Upgrades to software have already been completed, as well as fibre optic communications at the intersections.

“Drivers won't notice a difference next week, but this new field hardware, traffic signal system and improved communication network will make it easier for staff to improve signal timing and have a better understanding of what is happening at each intersection in real time,” communications officer Kelli Sheppard said in an email Friday.

“As we finish changing all of the field hardware on a corridor, we are going to review traffic signal timing and make improvements where possible.”

The new system will give the city the ability, for example, to give transit buses a priority green light if they are running behind schedule.

“We are investigating other enhanced features like adaptive traffic signal control which will automatically adjust signal timing based on the number of vehicles on the road at that time,” Sheppard said.

Areas affected next week include:

Radioactive capsule that fell off truck found in Australia

Authorities in Western Australia on Wednesday recovered a tiny but dangerous radioactive capsule that fell off a truck while being transported along a 1,400-kilometre Outback highway last month in what an official said was like finding the needle in the haystack.

Health Canada is encouraging Canadians to check their cupboards and kitchen tables as the agency has recalled more than 30 types of Indigo-branded items including ceramic mugs, mug ornaments and houseware products due to potential mould contamination.

Tom Brady retires, insisting this time it's for good

Tom Brady, who won a record seven Super Bowls for New England and Tampa, has announced his retirement.

An Alberta First Nation is to sign an agreement today with Ottawa giving it the autonomy to administer its child welfare.

'We're all Tyre': Family prepares to lay Nichols to rest

The family of Tyre Nichols plans to lay him to rest on Wednesday, three weeks after he died following a brutal beating by Memphis police after a traffic stop.

A suspect in a violent kidnapping in Oregon died of a self-inflicted gunshot wound Tuesday night after being taken into custody following a standoff with law enforcement, a police spokesman said.

A new report from the Heart and Stroke Foundation of Canada is highlighting 'significant inequities' in women's health care that is disproportionately affecting racialized and Indigenous women, members of the LGBTQ2S+ community and those living with low socioeconomic status.