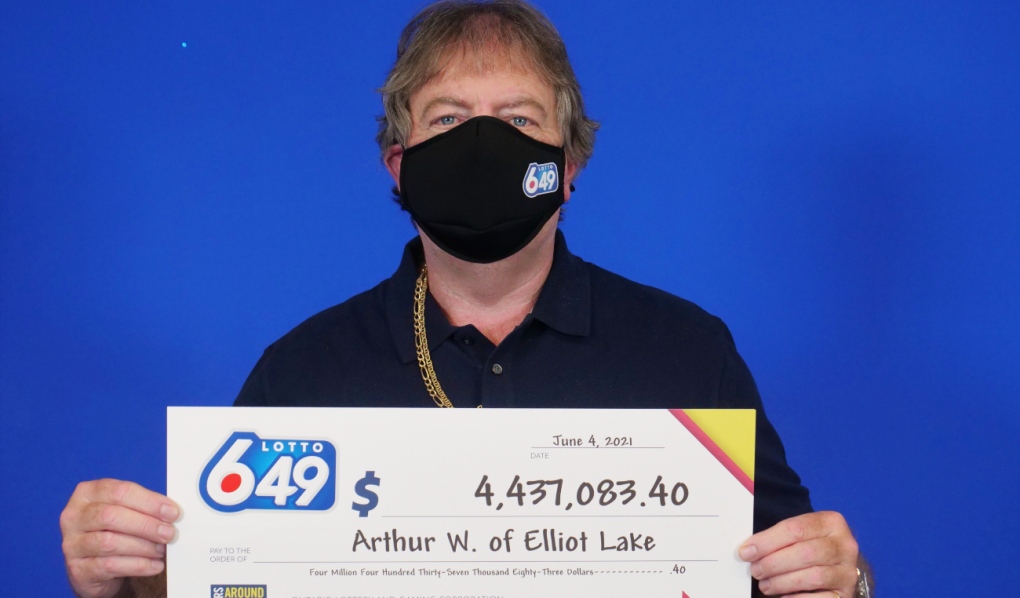 In a news release, the retired entrepreneur said he’s been playing the lottery since the Wintario days.

“I’ve played the same numbers for decades, but this win came from a Quick Pick," Walters said in the release. "I’ve been purchasing my tickets online on OLG.ca since it started.”

When he saw an email in his inbox alerting him to his win, he thought it was a scam.

“I logged into my OLG account and realized it was real," Walters said. "I didn’t question it at all because I know how secure the system is.”

After his initial shock and disbelief, Walters said he started to think about the people he would share with.

“I called my sons and daughter-in-law to share the good news," he said. "They didn’t believe me at first. Then I told them my plans to share with them and my future grandchildren -- hint-hint.”

Walters said he feels a sense of responsibility to do good with his winnings.

"For me, this win isn’t about material things. I’m going to set up trust funds to provide for my future grandchildren so they can pursue any education they want. I’ll also share with my children and will dedicate some to help animals in need.”

The winning ticket was purchased on OLG.ca.