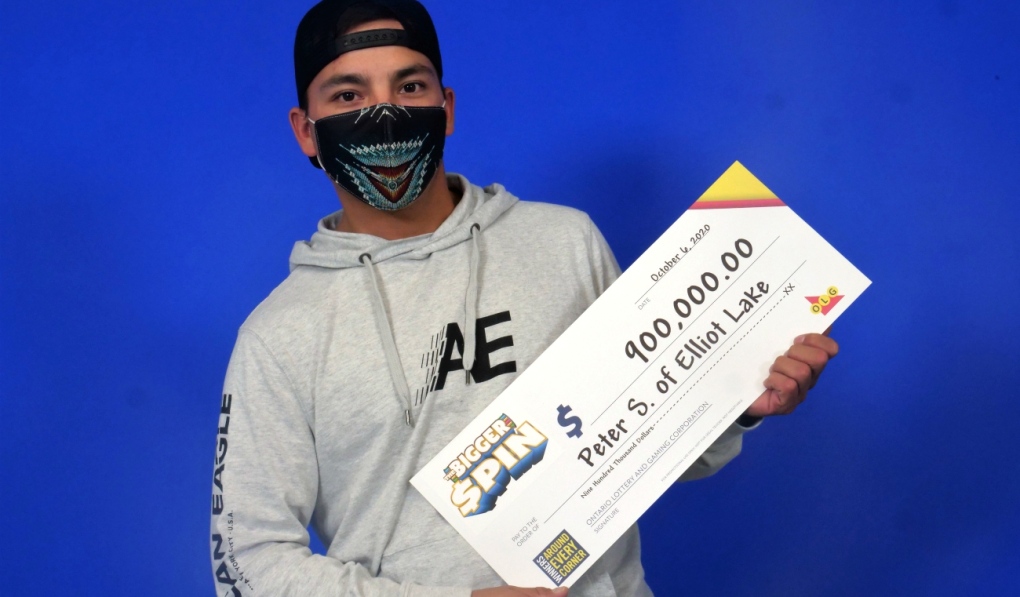 Squires said he picked up his ticket after a golf tournament he played in that day.

“I scanned the ticket on the OLG Lottery App and something different appeared that I haven’t seen before,” he said, while at the OLG Prize Centre in Toronto. “When I went to the store and realized I won an in-person spin I was so excited! I was yelling around the store."

The father of three (with one on the way) said he called his girlfriend to tell her the big news.

“She thought I was excited about winning the golf tournament," he said. "I had to meet her to show her the ticket!”

Squires said he was nervous about spinning the big wheel in person.

The contractor and construction worker plans to save his winnings for his children’s education and make smart investments.

“Maybe next year I’ll build a house,” he said.

The winning ticket was purchased at Hillside Shop & Save on Hillside Drive in Elliot Lake.