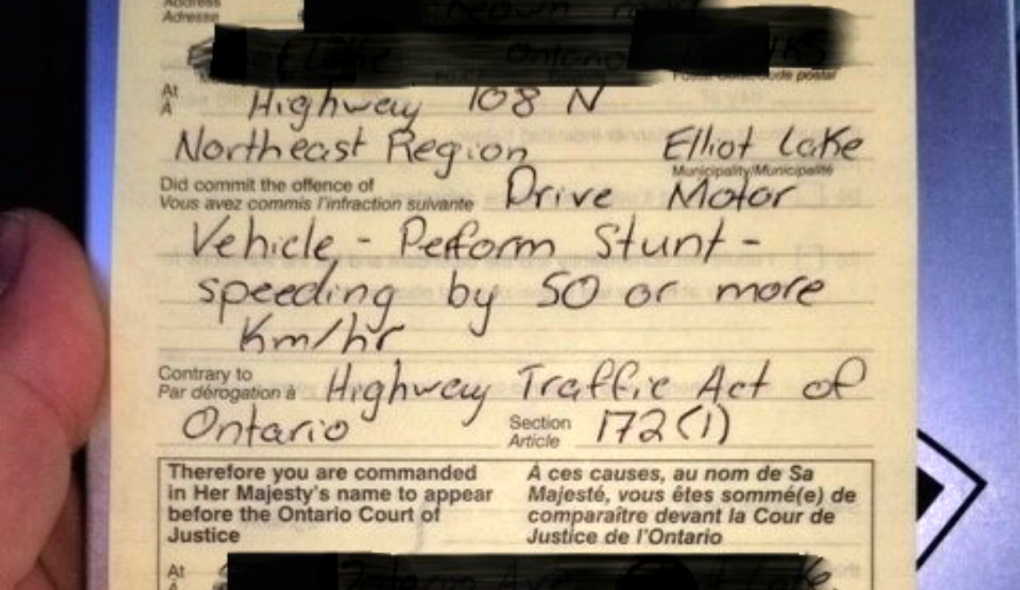 The Elliot Lake driver was charged with stunt driving, had the vehicle impounded and their license suspended for seven days.

The driver was released on a summons to attend court on Dec. 2 in Elliot Lake. The OPP no longer releases the gender of the people they charge.

"Aggressive driving, including speeding, is one of the leading causal factors in traffic deaths in OPP patrolled areas," police said in a news release. "Please slow down and abide by posted speed limits!"