Elgin Street Mission clients can no longer get a shower

SUDBURY -- class="p1"> Clients were told Monday, March 16 they are no longer allowed to use the shower facilities, as proper physical distancing isn't possible with the small space.

Hale says even though the clients understand, they are frustrated after not being able to shower for over a week now.

"We had our regulars come in every other day to have their shower, at our facility we only have two showers and we have one bath so that's hard when it's just the Elgin Street Mission that are responsible for the showers." said Hale. 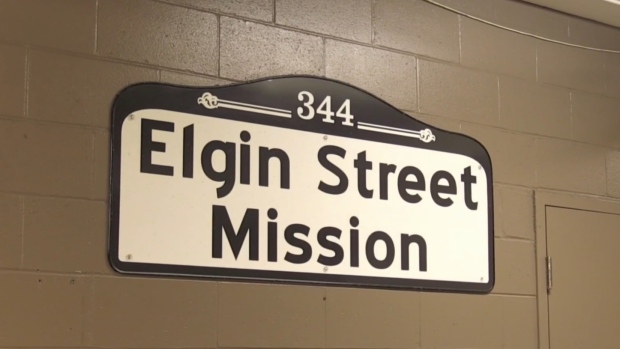 The Off the Street Emergency Shelter and the City are working tougher to allow clients to shower there, as of right now city officials say that's difficult at this time because of staffing.

"As you can imagine, like many services there is a staffing shortage due to people being off for self isolation or for childcare reasons so we are pulling all hands on deck in order to get the right type of services to people, said Gail Spencer with the City of Greater Sudbury.

Spencer says the city's Off the Street Emergency Shelter is still in operation and adds staff have implemented more intense cleaning procedures during this COVID-19 crisis.

"There is pre-screening happening at the shelter so that anyone that does have a cough can be isolated in a separate area of the shelter, there's information sharing at the shelter with people about proper hygiene, hand washing, physical distancing," said Spencer.

Spencer says even though there is no set date as for when the shelter's showers will open, she says all partners involved are working hard to get everything in place.

Can I go for a walk during a global pandemic?

'We are collapsing': Virus pummels medics in Spain and Italy

How to isolate when someone's sick with COVID-19 at home

No haircuts or manicures: How Ontario's beauty industry is coping with COVID-19