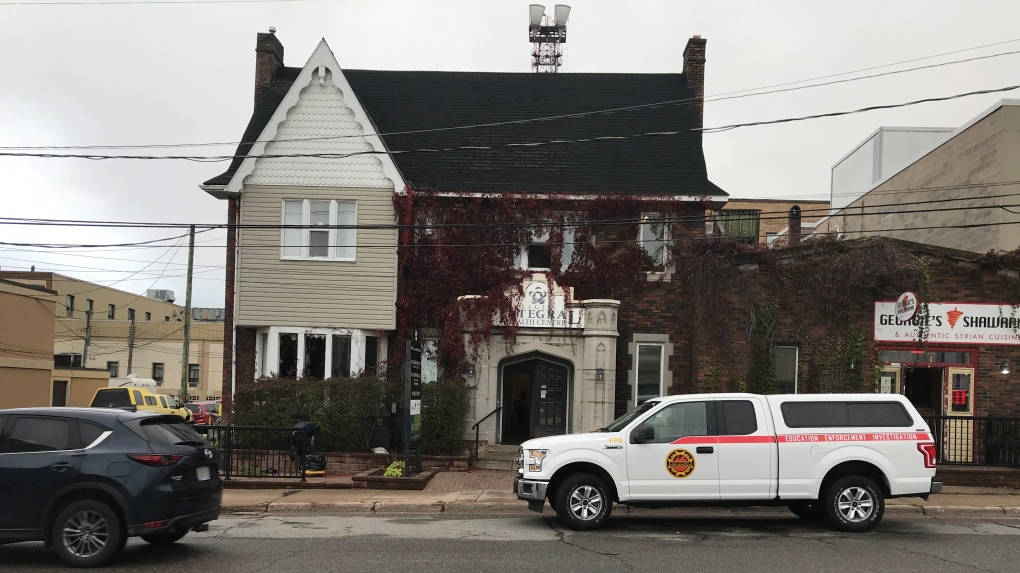 Crews were called to the Elgin Integral Health Centre building on Elgin Street -- between Bay Street and Queen Street East -- shortly after 4:30 a.m.

"Upon arrival, smoke was visible from the road," the fire department said in a news release. "Crews were able to contain and extinguish the fire."

Firefighters have left the scene as of 10 a.m.

From the street, a few main floor windows on the front of the building appear to have been broken.

"Further investigation revealed the cause of the fire was electrical in nature. The fire is not considered suspicious," the fire department said. "There is considerable damage to the building. There are no injuries to report."

CTV News is following this story and will have more details as they become available.