With less than two weeks to go in the provincial election, candidates in Nipissing are preparing their final push to gain support from the 60,000 eligible voters in the riding.

Incumbent MPP Vic Fedeli was a cabinet minister in Doug Ford's Progressive Conservative government and won nearly half the vote in 2018.

Fedeli has been finance minister and the minister of economic development, job creation and trade.

“This is my fourth election as MPP," he said.

"When I go to the doors, I get a big warm smile from people. They know my record."

Fedeli said the main provincial election issue is affordability, pointing to legislation his government passed to implement a 5.7 cent cut to the gas tax for six months starting July 1.

Locally, he also has heard about the need to protect and invest in Ontario Northland. Fedeli touted the $109-million contract that was struck by the rail company and Metrolinx to refurbish 56 GO Transit bi-level rail cars.

“I hear a lot about Ontario Northland," he said. "People are still really furious at the Liberals for taking the northland away and the NDP for supporting them." 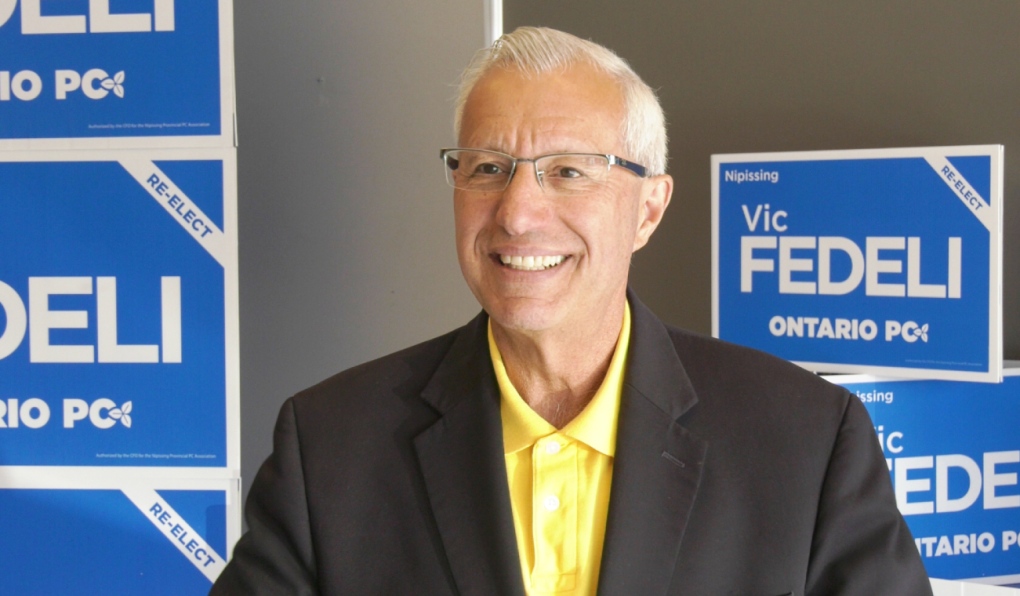 On April 10, Ford and Minister of Transportation Caroline Mulroney announced the government will spend $75 million to restore passenger rail service, connecting the northern and southern regions by the mid-2020s.

“There was a vote not even a year ago for $5 million for the business plan for Ontario Northland and neither the Liberals or the NDP voted in favour of that,” he said.

As for the Liberals, Tanya Vrebosch, a North Bay city councillor, has her eyes on the prize. She’s focusing her attention on how to make life more affordable while also "fixing" health care by hiring about 100,000 health care workers.

"We've got a piece called 'Rent to Own,' where if you can't afford a home or your credit isn't the best, we have a portion for that."

She said the Ontario Liberals would raise the minimum wage to $16 an hour and would develop it into a living wage that factors in the cost of living in different regions of the province. The party also has the buck-a-ride program, which would slash transit fares to $1 across the province.

That rate would include city buses and Ontario Northland’s services. It’s a two-year plan that would be reviewed. 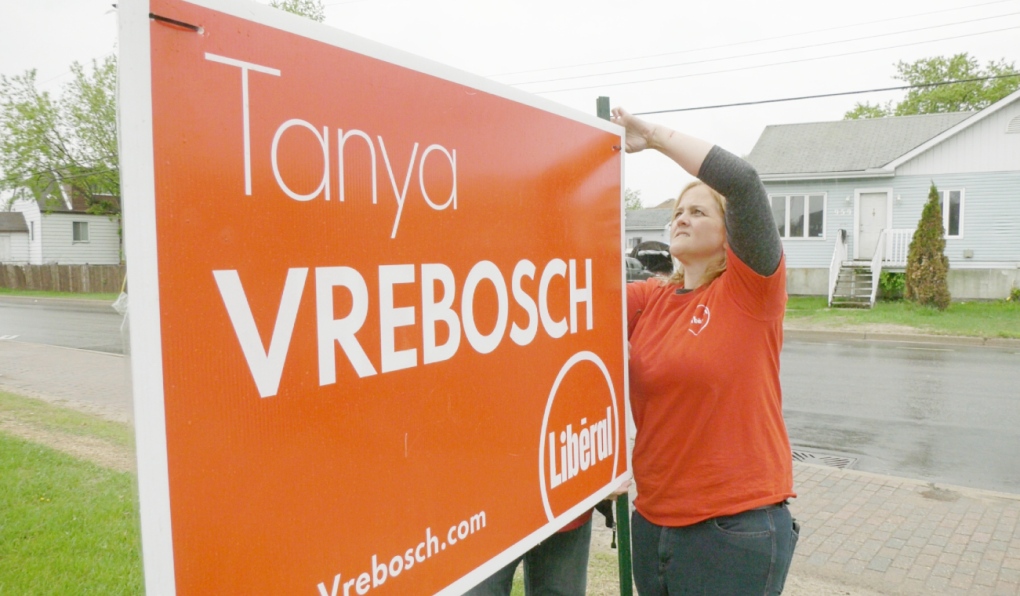 “We are committed to making this happen and happen fast,” she said. “We can offer immediate relief on this front in our first 100 days.”

Erika Lougheed, a postal worker and East Ferris town councillor, sees the tide turning in her direction and towards the New Democratic Party. If elected, Lougheed would be the first provincial NDP MPP in the riding's history.

"I’m thinking about people -- there's a lot of silent suffering,” she said.

“People are struggling with gas, (putting) food on the table, to make rent and childcare. This is unsustainable.”

“We need to make sure people have what they need to live healthy and well in our community,” she said.

To finance the programs, Lougheed said individuals “who profited the most from the pandemic” will pay “their fair share.” She said a minimum wage of $20 by 2026 is in the NDP’s plan. 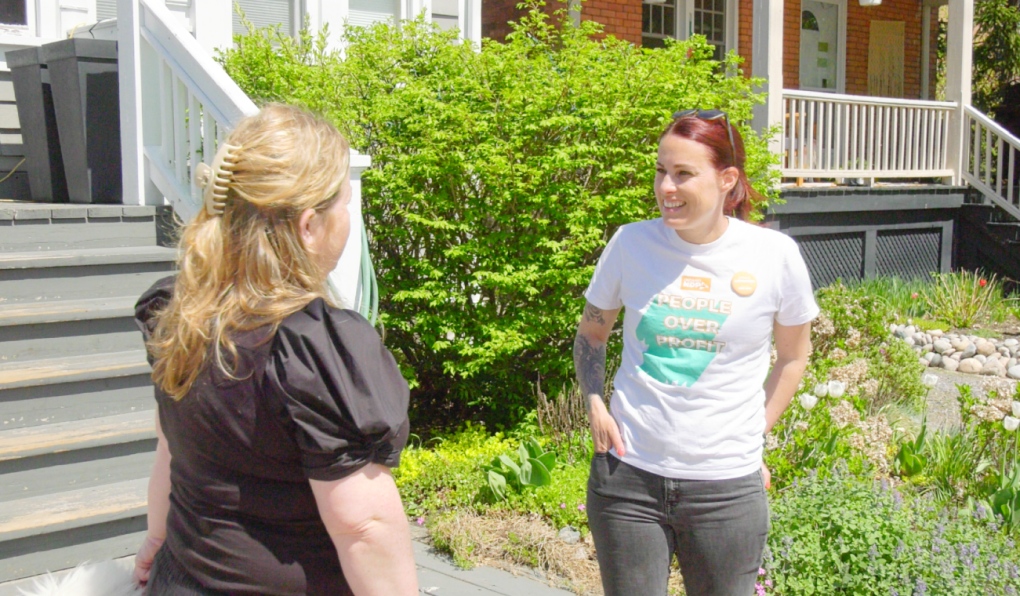 The New Democrats would also cap and regulate gas prices by regulating retail and wholesale mark-up of gas prices, getting the Ontario Energy Board to set a weekly price that includes reasonable profits for gas companies, while at the same time reverse the Conservative’s gas tax cut.

Sean McClocklin, a certified addictions counsellor, knows he's facing an uphill battle as the Green Party’s candidate. While climate change is large part of the party’s platform, he said local issues surrounding addictions and mental health and a need for more housing.

He also said his housing plan is the key to success.

“We're looking at multiplexes or your standard homes or semi-detached homes, but also triplexes and quad-plexes."

McClocklin said 60,000 of the homes would include supportive housing with “wraparound mental health services.”

He also pledged to fight to increase mental health spending to 10 per cent of the health budget and include it under OHIP, while also adding more money to children’s mental health services to reduce wait times to less than 30 days.

He said the Greens will reverse cuts to OSAP, convert loans to grants for low- and middle-income families and eliminate interest charges on student debt.

“The Ontario Green’s plan makes fiscally responsible investments that will result in a better range of public services and chart a path towards a balanced budget,” he said.

The other four candidates seeking election are Joe Jobin of the Ontario Party, Michelle Lashbrook of the Ontario Libertarian Party, Taylor Russell of the New Blue Party and Giacomo Vezina of the None of the Above Party.

Advance polls are already open. Voters will have their say on the future of Ontario June 2.

How to avoid luggage headaches amid air travel chaos

Travellers might not have any control over long lines and cancelled flights, but there are ways to minimize luggage disasters. From tracking devices for your luggage to packing light, here are some tips and tricks for your next trip through the airport.