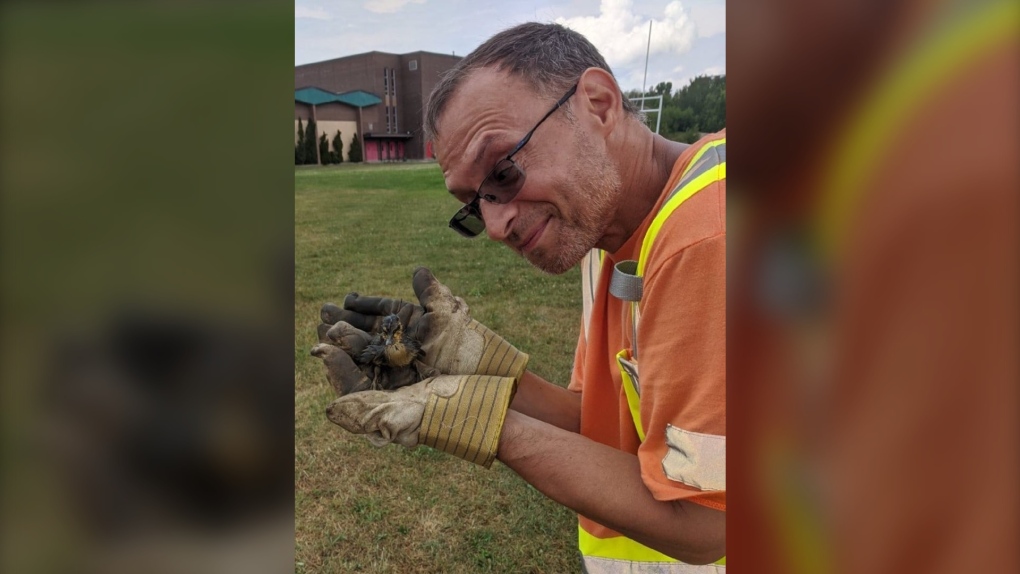 SUDBURY -- A duckling has been rreunited with its family in Sudbury after some quick thinking and teamwork between a trio of workers with the City of Greater Sudbury.

Local bus driver Alex Ranger saw a baby duck fall into a storm drain while it was following its mother and siblings Friday afternoon according to social media posts by the city.

Tocholke and Gratton worked together to retrieve the duckling and reunite it with its mother who was waiting nearby.

The social media post said the duckling was unharmed.