Driver involved in head-on collision on Lorne Street was high, had purple heroin on him, Sudbury police say 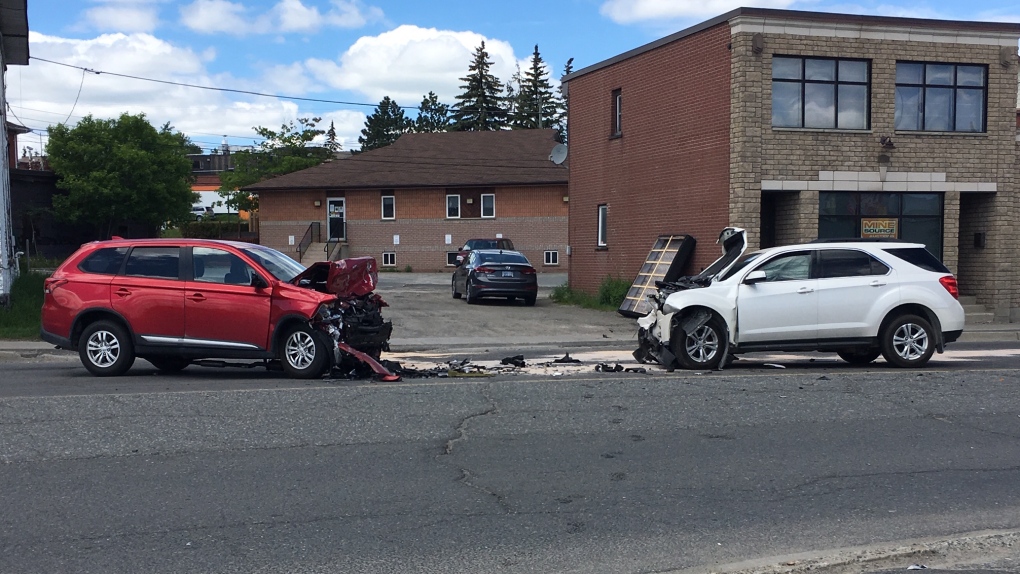 In a news release Monday, police said they responded to a call at 2 p.m. June 6 about two vehicles that had collided head on Lorne Street between Applegrove and Oak streets.

"A red SUV travelling towards Elm Street crossed the centre line and struck a white SUV travelling in the opposite direction," police said in the release. "All four individuals involved in the collision were transported to hospital by paramedics."

The crash left three men -- ages 24, 27 and 32-- that were in the white SUV at the time of the collision with serious injuries. They are in hospital in serious but stable condition

The driver of the red SUV showed signs he was impaired, and tests by the traffic management unit and a drug recognition expert confirmed he was under the influence.

"Members of our traffic management unit were called to conduct a thorough investigation into the incident resulting in the road being closed for almost four hours while they were on scene.

"After the man was placed under arrest, he was searched and officers located almost $1,000 worth of what is believed to be purple heroin," police said in the release. "He was further charged with possession of a Schedule I substance."

He will appear in Court on Aug. 5 to answer to the charges.

Police are requesting the public seek alternate routes after closing Lorne Street between Applegrove Street and Oak Street due to collision.

No other details on the crash have been released at this time.

CTV News will follow the story and provide updates as the information becomes available.