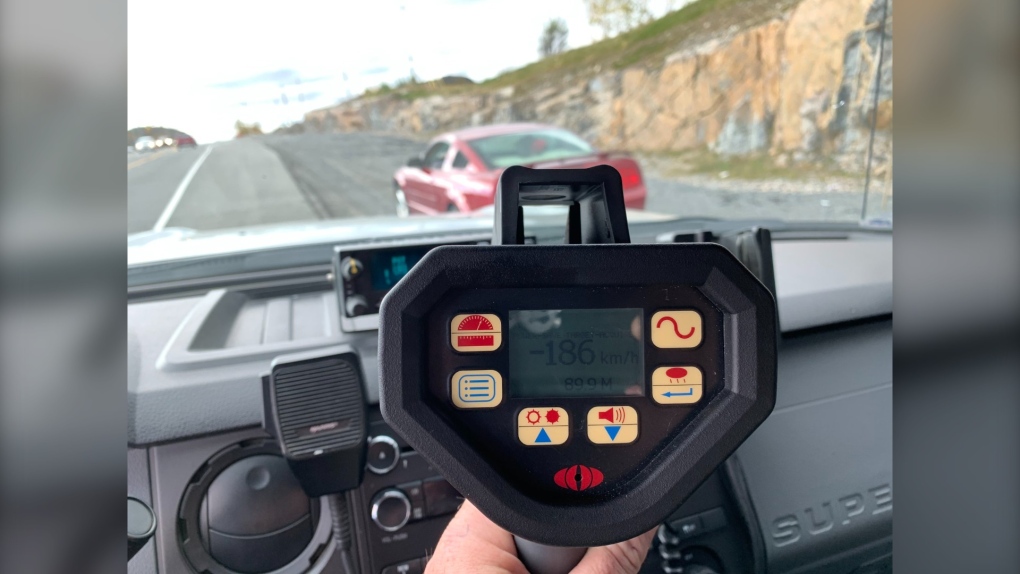 Sudbury police say a vehicle was travelling 186 km/h in a 60 km/h zone over the weekend and the driver was charged with stunt driving. (Supplied)

In the Sudbury area, 12 stunt driving charges were laid.

The highest speed captured was 186 km/h in a 60 km/h zone and involved two vehicles racing, Sudbury police said in a tweet.

Both drivers in that incident were charged with stunt driving and racing a motor vehicle.