Dog risks life to save owner in bear attack 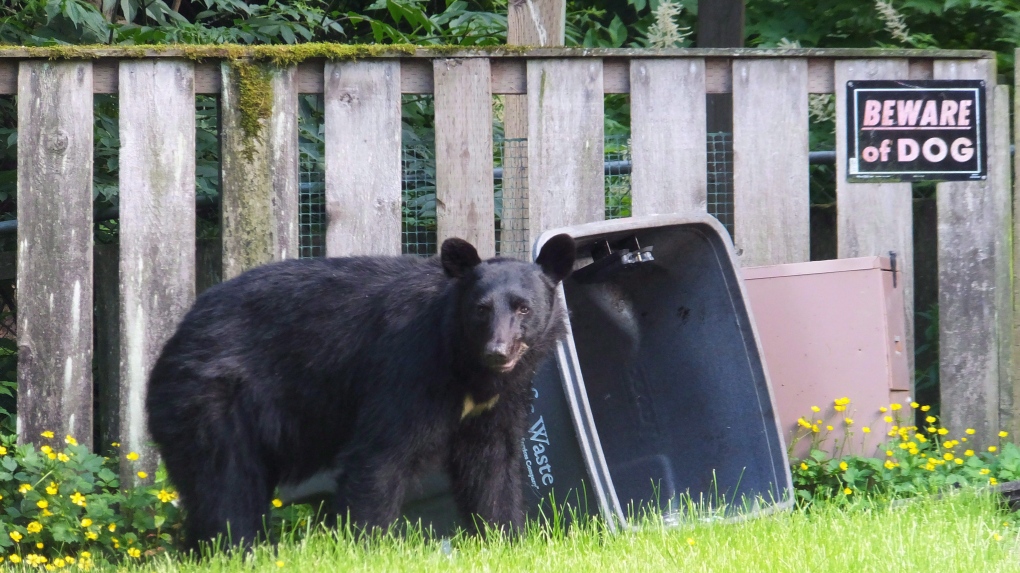 A black bear looks up from rifling through the garbage in the front yard of a home in Juneau, Alaska, on July 6, 2014. (Becky Bohrer/THE CANADIAN PRESS/AP Photo)

It is springtime and the black bears are out in Sault Ste. Marie.

A second bear attack in Sault Ste. Marie has been reported, the last being on Friday night.

Just after noon on Monday a woman was walking her dog off-leash in the 1,000 block of Old Garden River Road when they came across a mother bear and three cubs.  They saw the cubs first and then mother bear quickly appeared and charged at the woman.

The woman’s dog engaged with the bear allowing the woman to escape, but the bear attacked the dog, resulting in life threatening injuries.

After the attack, the bear stayed in the area for about 20 minutes.

Police are working with the Ministry of Natural Resources on this matter, residents are reminded to use caution and reduce chances of an encounter by keeping garbage secure.

If you encounter a bear and it poses an immediate threat to public safety, call 911.