A Vancouver film-maker is travelling across Canada speaking with World War II veterans about their experience serving overseas.

He stopped in North Bay on Friday to interview a local veteran who served as an air gunner in a Lancaster.

93-year old William Parfitt is reminiscing on his time serving in Europe during World War two. He said the reason he joined the military was because it was the thing to do.

"We were just on the other side of the allied lines towards the end of the war and he said we're getting out of here and of course we're about 18-20,000 feet and he just put the nose down." said Parfitt.

He joined the war when he was 18-years-old and was a tail gunner for planes called Wimpies and Lancasters that bombed over Nazi-controlled Germany. 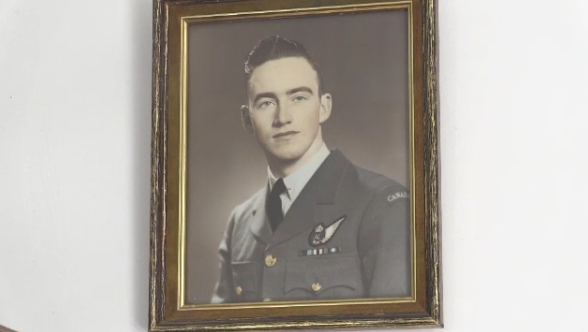 "When your name was up on the board, you were gone. You never questioned it, whether it was daylight. Daylight raids you could see the fighters there, at night there was nobody there." said Parfitt.

William is telling his story to documentary filmmaker Eric Brunt from Vancouver who has interviewed nearly 140 veterans from across Canada so far.

"I was inspired by my grandfather who was in the Royal Canadian Air Force during the war and when he passed away, a little bit of history passed with him." said Brunt.

That is what made him decide to get in contact with hundreds of veterans, to tell their story.

"Try to find and meet as many as I can and make sure their story is preserved and get it out to as many Canadians as possible." said Brunt.

By coincidence, his great uncle severed in the same squadron as Parfitt. 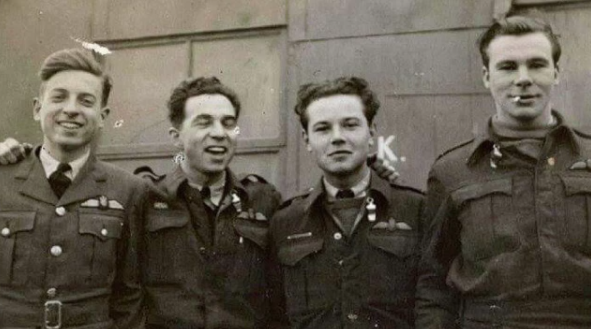 "Each veteran has their own different experiences, different characters, as you saw today. And I'm just so honoured to be able to sit down with them and listen to them for the first time." said Brunt.

On his way across the country, the documentarian talked to several vets in Sudbury as well.