Despite homeless encampment, an outdoor ceremony will be held Nov. 11 in Sudbury's Memorial Park 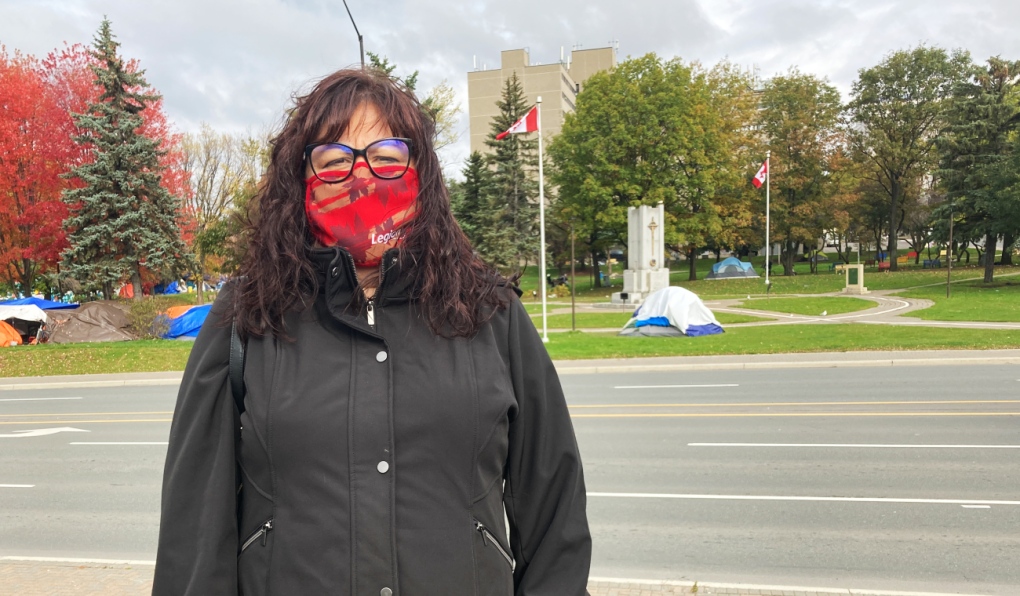 Jennifer Huard, president of the Royal Canadian Legion Branch 564, is seen in front of the cenotaph at Memorial Park. (Alana Everson/CTV News)
Sudbury -

Despite the growing homeless encampment in Memorial Park in downtown Sudbury, two Royal Canadian Legion branches say an outdoor Remembrance Day ceremony will go ahead in the park.

The announcement came after a special events application to the city was approved.

“I know that within the city, they met with Public Health Sudbury Districts as well as with police,” said Jennifer Huard, the president of the Royal Canadian Legion Branch 564.

“And they have been working with us and they have assured us they will dismantle the encampment out here at Memorial Park and the service can proceed as planned.”

Remembrance Day ceremonies have been held inside the Sudbury Arena since 1985, but due to the COVID-19 pandemic and the wishes of many veterans, it’s moving back outside.

“I think it’s a good thing because Memorial Park is … for veterans and recognizing it’s very unfortunate with, you know, the situation (with) displaced people living in tents in the park right now,” said John Goeduis, the interim president of the Royal Canadian Legion Branch 76.

“But you know we look at it from that perspective that we honour veterans, we want to remember veterans and that is a pretty sacred place within the City of Sudbury associated to all the fallen veterans.”

The city confirmed a general cleanup and clearing of the area near the ceremony site is a priority as Remembrance Day approaches.

“In the true spirit of remembrance, it's important that we be outside regardless of the elements," said Huard. "So that we can really remember and really feel what our veterans felt while they were serving overseas.”

Legion officials said they expect between 1,500 and 2,000 people to attend the civic outdoor ceremony. Masks will be mandatory and physical distancing measures will be in place.