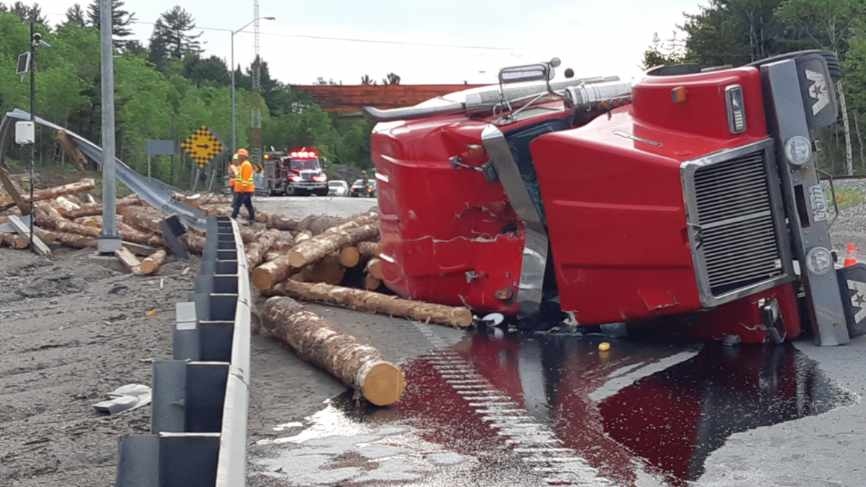 SUDBURY -- The Ministry of Transportation has been brought in to help with the investigation into a log truck rollover on Highway 144.

Provincial police say drivers using Highway 144 near Marina Road in Greater Sudbury on Tuesday should expect some delays as crews continue to clean up after a logging truck rollover the previous night.

Officers responded to the single-vehicle crash involving a tractor-trailer near the community of Onaping around 7 p.m. Monday.

It is an area where several collisions have occurred in the last few months, including a similar logging truck rollover in February and more recently the crash between a  train and a transport truck in May.

The logging truck was travelling south and “failed to negotiate the curve” causing the trailer to flip over and spill its load onto the highway, striking a hydro pole.

As a result of the crash, the driver was taken to hospital with minor injuries.

The highway was closed for a few hours while crews removed debris from the road and the Ministry of Environment was called in to help clean up the fuel spill at the scene.

Power was out in the Dowling area while hydro crews worked to restore service.