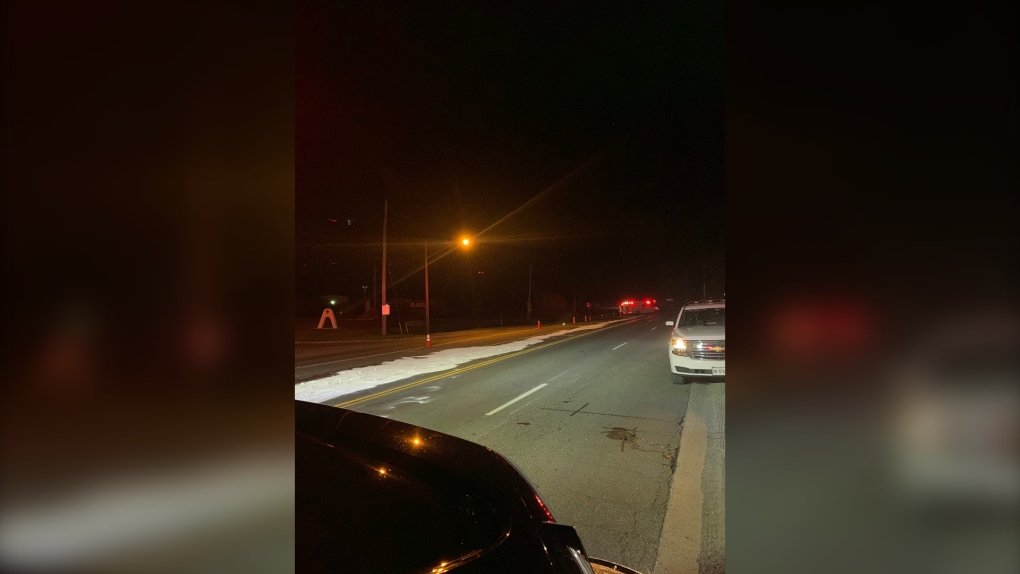 Greater Sudbury Police and Fire Services say there is no danger to the public but are advising residents who live in the area to avoid touching or driving over any liquid found on or abutting the roadway after a sulfuric acid leak closes roads. June 2020. (Jesse Oshell/Greater Sudbury Fire Services)